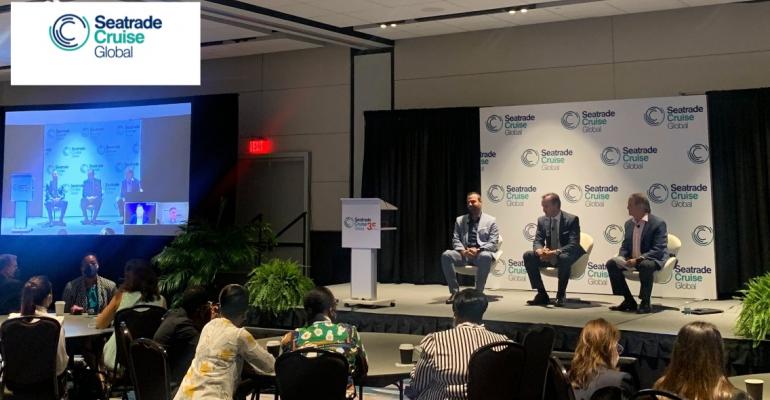 Uniform protocols are needed for cruise lines to strengthen their operations in the COVID-19 era, according to Manolis Alevropoulos, VP celebrity marine operations, Celebrity Cruises — a view shared by fellow panelists on the first day of Seatrade Cruise Global in Miami.

Speaking during the ‘Reactions to Restart' session, he said the ‘most important things’ for the cruise industry’s continuing resumption are: ‘Collaboration, protocols being aligned, the industry coming back safely,’ adding, ‘In every region we need similar protocols.’

Sayin discussed the need for calls at new cruise destinations to prevent overcrowding ‘as congestion [eventually] becomes a problem.’ Urging investment to tackle the issue, he said, ‘There will be no safer way of travelling [than by cruise ship] ... The future is bright. We have to prepare for it and invest in it.’

Examples of recent investments include cables being laid in Malta to supply ships with shore power and the Bahamas' Nassau Cruise Port being developed to handle more megaships.

Alevropoulos emphasised a critical need to act sustainably to preserve destinations. ‘We need to respect the places we go to,’ he said, ‘and leave them better than they were before.’

‘We’ll have to change and adapt,’ Sayin said. ‘It has been difficult … We hope events don’t take another turn. What we have today is a very good trajectory’ as he maintained ‘there will be no safer way of travelling’ than by cruise ship.

Responded Alevropoulos, ‘I haven’t seen any cruise line stop building ships… We have the best ratings in the history of cruising.’

Moderator Roger Blum, principal, Cruise and Port Advisors, rounded off the session by stressing ‘Consistency is big’ and drawing attention to the measures taken within the cruise industry since last March: ‘Behind the scenes, there has been no pause.’