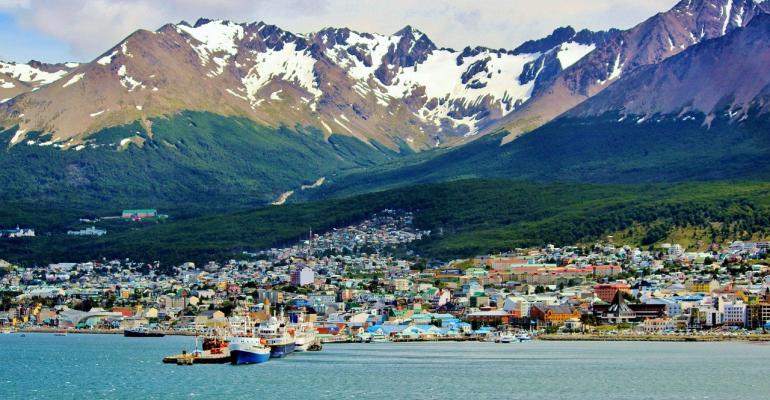 Works are expected to commence in April, with an 18-month construction period, giving Ushuaia added capacity in time for the 2022/23 Antarctica season
Tierra del Fuego officials opened tenders from three groups bidding for the expansion of Ushuaia's commercial dock.

The Argentine port serves as the leading gateway for Antarctica cruises.

The project will lengthen the dock by 20% with two mooring fronts of 80 meters plus a 20-meter dolphin and a new 2,400-square-meter logistics area on the dock, according to Roberto Murcia, president of the Provincial Directorate of Ports.

'This will allow us to receive a greater number of ships and provide better logistics services,' he told Seatrade Cruise News.

Sealed bids were opened in the presence of Murcia, Tierra del Fuego Vice Governor Mónica Urquiza and other officials, including Leonardo Cabrera, undersecretary of ports, waterways and merchant marine for Argentina's Ministry of Transportation.

The proposals will undergo an economic and technical analysis leading up to the selection of the winning bidder, a process Murcia estimated will take three weeks.

Completion prior to 2022/23 Antarctica season

Works are expected to commence in April, with an 18-month construction period, which would indicate completion in time for the 2022/23 Antarctica season.