Venice is back as landing for cruise ships 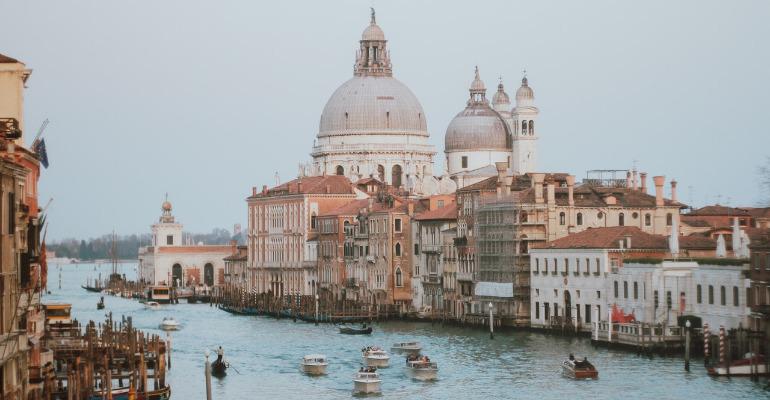 Cruise traffic is expected back in Venice by September 2 after the Italian government’s earlier action prohibiting movement through the San Marco Basin and the Guidecca Canal from August 1.

Temporary landing places in Venice-Marghera port will accommodate 10 ships at the Venice Ro-Port Mos Terminal in Fusina, one at the VECON PSA terminal and two whose destination will be defined in the next few days. These vessels, with a gross tonnage exceeding the limits in the ban, will reach Venice-Marghera port through the Malamocco-Marghera canal.

The remaining 18 ships to call will reach the Venezia Terminal Passeggeri (VTP) Stazione Marittima through the San Marco Basin and the Giudecca Canal as they comply with the 25,000gt limit and the other criteria in the law decree of July.

Since the ban, the North Adriatic Sea Port Authority, together with the Harbour Master's Office, Maritime - Aviation and Border Office, Customs, Border Guard, Italian Finance Police, firefighters, the terminals of VECON PSA, TIV and Venice RoPortMos and VTP have been working to select and plan temporary landing places for cruise ships for the rest of the year. This allows the sector restart in compliance with the protection of waterways of cultural interest declared as national monuments, in particular the San Marco Basin and the Giudecca Canal. Also, a technical working group was established to prepare for 2022 and subsequent seasons.

‘Thanks to the collaboration and commitment of each player, we have been able to recover 50% of this year's cruise schedule,’ said Fulvio Lino Di Blasio, president of the North Adriatic Sea Port Authority and special commissioner for cruises. ‘We made it possible by identifying temporary solutions, verifying their suitability related to the type of vessels to be hosted and other aspects related to safety, and considering a balance between passenger and commercial/industrial traffic,  never forgetting to protect both the environment and jobs.’

He added, ‘We started working immediately to give a concrete and prompt response during such a difficult moment for the Venetian cruise sector, to safeguard tourism, workers and port functions. This is only the first step of a concrete path; next autumn will find us committed to giving a sustainable future to the cruise sector in Venice. This is all done by keeping in mind that a vast community was largely damaged in terms of jobs in a very complex historical framework for our port, in which it is essential to operate in an organized manner, and by joining forces.'

The first ship will reach Venice Ro-Port Mos terminal in Venice-Marghera port on September 2. According to Seatrade’s sources, it will be Hapag-Lloyd Cruises' Europa 2 which will reach the terminal in the afternoon, staying until late evening the following day.

The second ship to call Venice Ro-Port Mos terminal will be Silversea's Silver Shadow on September 8, to be followed by Holland America Line’s Eurodam on September 12 at the VECON PSA terminal. Organizational aspects relating to the new operational model are still being finalized