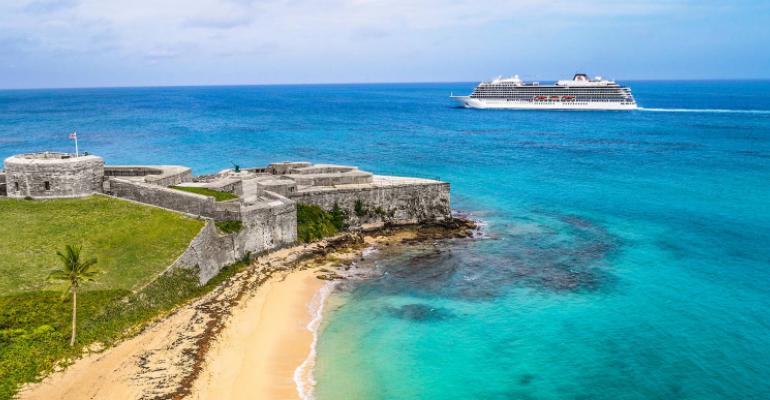 Viking will continue resuming limited operations with a collection of sailings around Bermuda and Iceland beginning in June.

The line also added two more UK cruises in June following strong demand from past UK customers to its three UK-only sailings on the new Viking Venus in May, which the line said sold out within a week.

Vaccination mandate at least through July

All these voyages will be available exclusively for vaccinated travelers, including the previously announced UK cruises, which wasn't originally the case. The company has decided to mandate vaccination across all departures/destinations, at least through July.

On eight-day cruises from Bermuda, Viking Orion will homeport in Hamilton, overnighting there then spending a day sailing the Atlantic before going to St. George's for an overnight call, followed by another day of cruising and then a stop at King's Wharf before returning to Hamilton.

Viking Sky will sail from Reykjavik on eight-day round-trips that circle Iceland, visiting ĺsafjördur, Akureyri, Seydisfjördur, Djúpivogur and Heimaey in the Westman Islands.

Greece, Turkey and Malta to come

The line is working on further 2021 sailings to other popular destinations, including Greece, Turkey and Malta, as soon as government approvals are given.

'We are ready to go,' Viking Chairman Torstein Hagen said in a video message.

He also applauded the governments of the UK, Bermuda and Iceland for their 'collaboration and support in restarting the cruise industry safely.'

Hagen said no other travel company has implemented the same science-led approach that includes a vaccination requirement for all passengers plus frequent noninvasive saliva PCR testing of all travelers and crew, among other protocols.