Viking is first alongside at new Panama Cruise Terminal 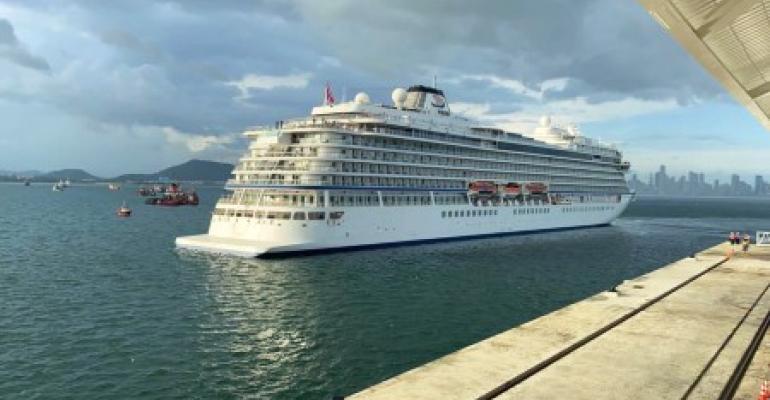 This is a turnaround operation.

The ship, which embarked from Port Everglades Nov. 6, arrived Monday afternoon following a Panama Canal transit after spending Sunday at Colón 2000 on the Caribbean side. Passengers are disembarking today before embarkation begins for the next cruise.

Terminal completion expected in May

The berth's marine structures are complete but the terminal construction was delayed due to the pandemic. The terminal is now due to be ready in May, according to Steve Tarazi, CEO of Grupo Colón 2000, which also manages the new Amador facility.

For Viking Star's turnaround, a tent was installed on the pier for the security and check-in procedures, and Tarazi told Seatrade Cruise News it's working fine.

The next ships due are Viking Orion and Silversea Cruises' new Silver Moon.