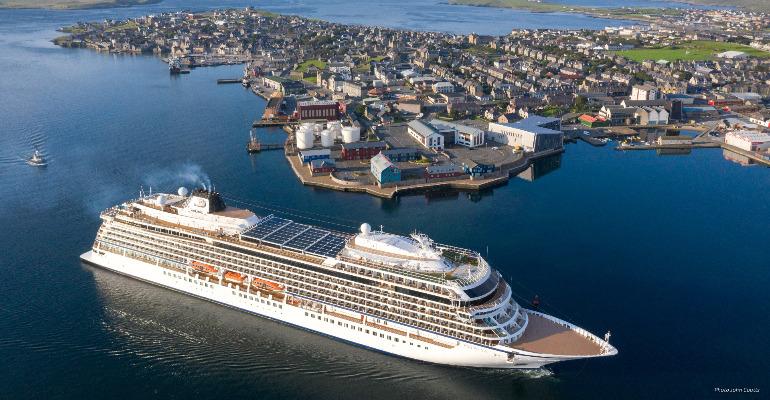 Viking Cruises is booked to make 20 calls at Lerwick this season, with the first call — from Viking Venus — ushering in the port's earliest cruise season.

The 900-passenger, 229-mtr-long Viking Venus will make the first of five calls to Lerwick on February 3 and will berth at Mair’s Pier.

The season usually starts in April at Lerwick, with calls in late February and March taking place on rare occasions only.

For the second year running, Lerwick will also be the first port of call for Scottish season cruises. ‘Interest from the industry to develop Scotland’s cruise potential adds to our hopes that February and March sailings can be built into an annual winter cruising itinerary, extending the established window for visits to Lerwick,’ said Melanie Henderson, cruise & marketing manager, Lerwick Port Authority.

‘We see the Viking programme, with its early start and high number of bookings, as a vote of confidence in the harbour and Shetland, including the way the restart was handled through 2021.’

Viking’s 20 calls is the highest number in decades for the port carried out by a single operator.

Added Henderson, ‘It gives great encouragement to everyone involved to see the recovery in our overall bookings for 2022 and that activity is on the way back, albeit with some COVID measures still in place, such as shore excursion “bubbles” in the short term.’

There are more than 100 ships scheduled to call at Lerwick this year.