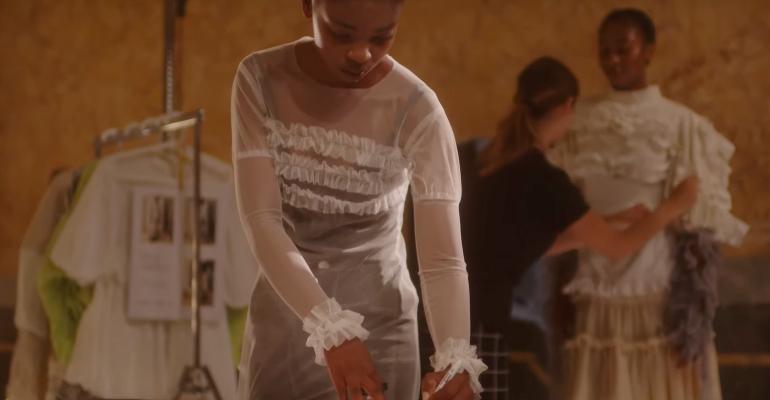 Silversea Cruises chose a fashion show to launch its largest ever collection of voyages, with 341 new sailings reaching 695 destinations planned between March 2024 and May 2025.

Silversea Cruises chose a fashion show to launch its largest ever collection of voyages, with 341 new sailings reaching 695 destinations planned between March 2024 and May 2025.

With 120 countries added, it brings the total number of destinations in Silversea’s portfolio to over 900.

The sailings include the inaugural season of Silver Ray debuting summer 2024, as well as 25 maiden calls.

‘Our new voyage collection for summer 2024 and winter 2024/2025 reflects our guests' desire for new and unique experiences in the most iconic and remote destinations around the world,’ explained Roberto Martinoli, president and CEO, Silversea Cruises.

He went on to say that it ‘features 11 ships in our fleet—including Silver Ray, the second ship in our Nova class—with an increase in capacity of 56% by 2024 when compared to 2020’ enabling passengers to ‘enjoy unprecedented choice in terms of ships and voyage options.’

Itineraries for Silver Endeavour (ex. Crystal Cruises' Crystal Endeavor) are set to be revealed in the coming weeks but, said Martinoli, ‘it will further diversify our industry-leading polar offering.’

To unveil the new voyages, Silversea held an exclusive virtual premiere for selected guests and travel advisors on July 28, which incorporated a high-end fashion show. The line challenged six celebrated designers to express the world’s beauty through fashion, with each taking inspiration from the cultures, colours and tastes of one region represented in the collection.

Entitled ‘Colour the World,’ it was hosted by Fernando Barroso de Oliveira, Silversea's president's ambassador to the Venetian Society, who presided over the catwalk-inspired journey through select destinations within the new collection.

Stated Muckermann, ‘Not unlike haute couture, in which designers create exceptional collections that excite and inspire, we chose to colour the world this year, unveiling our new itineraries by pairing featured regions with the unique interpretations of six celebrated designers to showcase the world’s rich cultures, colours, and tastes.

‘There are parallels between travel and fashion: both encourage a deep respect for diversity, an appreciation for different cultures and an element of self-enrichment. I am proud of the powerful message that we have conveyed, and I hope our guests find inspiration for the experiences that await.’

Silver Ray will begin its inaugural season in May 2024 in Northern Europe and the Mediterranean. From the Atlantic Isles to the Greek Isles, a series of summer and autumn voyages ranging from seven to 12 days will feature a variety of options for travellers seeking culture, picturesque harbours and storied cities. In December 2024, Silver Ray will cross the Atlantic to Fort Lauderdale to unlock the Caribbean and Central America. Finally, a circumnavigation of South America, an Amazon River cruise and a return to Fort Lauderdale will set the stage for a transatlantic crossing back to Europe, departing in April 2025.

Africa and the Indian Ocean

Six ships will undertake 19 voyages to Africa and the Indian Ocean, including all-new expeditions. Passengers may sail to 60 destinations in 23 countries aboard Silver Cloud and Silver Wind complemented by voyages aboard Silver Dawn, Silver Muse, Silver Whisper and Silver Spirit.

Six oceangoing voyages of 16 to 17 days will transit the Suez Canal; two of these in November 2024 with Silver Spirit and Silver Whisper will offer access to the Nabataean ruins of Hegra in northwest Saudi Arabia, a UNESCO World Heritage Site.

13 sailings to 59 destinations will be to the South Pacific Islands, including Hawaii and French Polynesia. Aboard Silver Cloud, Silver Shadow and Silver Moon, passengers will discover the remote region's lagoons, coral reefs, forests and waterfalls, visit local communities and learn about their customs and see the flora and fauna. New programmes to the islands of Hawaii and French Polynesia, including hidden gems like Fakarava, are among the itineraries.

Silver Wind, Silver Spirit, Silver Dawn and Silver Ray will journey to 105 destinations in Northern Europe, from cities in the Baltic Sea to the fjords of Norway and the landscapes of the British Isles.

More sailings will be devoted to the Norwegian fjords—a total of nine. Silver Dawn will offer passengers the chance to experience coastal Norway amid the colourful foliage of autumn with the potential of witnessing the Northern Lights, while the North Cape will take center stage on a mid-June 2024 voyage.

Silver Spirit will circumnavigate Iceland for its scenery, geothermal wonders and Viking history on three voyages during summer 2024. A collection of Atlantic Coast voyages will include a September 2024 sailing aboard Silver Spirit that will spend 14 days exploring the region's picturesque towns, historic sites and harvesting traditions.

There are several iconic itineraries scheduled in the Greek Isles and Turkey, six voyages to the Holy Land, and in September 2024, a brand-new voyage to the Balearic Islands aboard Silver Whisper—marking a return to Ibiza. Passengers travelling aboard Silver Whisper and Silver Spirit in May will have the opportunity to experience the Monaco Grand Prix 2024 alongside exclusive events.

Silversea's S.A.L.T. (Sea and Land Taste culinary programme will enrich the Mediterranean experience aboard select ships, as will the Otium wellness programme aboard Silver Moon, Silver Dawn and Silver Ray.

Silver Muse and Silver Nova will offer an expanded variety of options in Alaska, with 31 sailings devoted to exploring the region's natural beauty and wildlife and which allow more time in port.

A series of seven-day itineraries will showcase classic frontier towns, like Ketchikan and Sitka, as well as Valdez—gateway to the Columbia Glacier, the second largest tidewater glacier in North America.

Several new extended voyages of 10 and 11 days feature longer stays in Juneau to discover one of the largest wilderness areas in the USA, as well as the iconic Mendenhall Glacier and the Mendenhall Ice Caves.

Silversea's new full-summer programme offers longer, 12-day itineraries in Canada and New England, designed to spotlight the region's summer festivals, colonial and maritime history, coastlines and the mountain peaks of Acadia National Park. These itineraries aboard Silver Shadow include overnight calls in Québec or Boston, as well as an exploration of the rarely visited Îles de la Madeleine Archipelago or a visit to Saint John, New Brunswick, with its Reversing Falls.

In autumn, 10-day voyages will focus on the area's most iconic cities, such as Halifax and Boston.

In the summer of 2024, Silver Wind will explore the Arctic and Greenland on eight expedition voyages, including on a 24-day crossing of the Northwest Passage.

A collection of nine-day cruises will journey to the glaciers and frozen tundra of Norway's Svalbard Archipelago. Longer 12-day expeditions will feature Iceland.

Both Silver Cloud and Silver Wind will sail Antarctica on 21 expedition cruises, featuring a high ratio of onboard expedition experts and Zodiacs. Six-day Antarctica Bridge options enable passengers to skip the Drake Passage and fly in business-class comfort straight to Antarctica to begin their cruise.

Antarctic Peninsula voyages of 10 and 12 days offer the chance to cruise the iconic Cape Horn from the gateway of Puerto Williams.

Silver Nova will offer a set of seven longer and more diverse itineraries, exploring the coast of Australia, New Zealand, Melanesia and Micronesia, while shorter voyages that will focus on Australia and New Zealand are on Silver Muse's programme.

The Kimberley’s waterfalls, gorges and 40,000 years of Aboriginal history are all on tap for Silver Cloud's debut in the remote coastal region.

Other noteworthy deployments include: a set of 27 voyages devoted to Asia, including Silver Nova's inaugural calls in the continent; 10 voyages to South America, including Silver Ray's debut in the land of the Inca, the Amazon and the tango; 18 voyages to the Caribbean and Central America aboard Silver Shadow and Silver Moon, as well as Silver Ray's inaugural voyage to the region; 52 expeditions aboard Silver Origin, which will take passengers closer to the nature of the Galápagos Islands.

‘Silversea has increased its industry-leading range of experiences with the launch of its largest itinerary collection to date...' concluded Silversea's SVP expeditions, destination and itinerary management, Conrad Combrink.