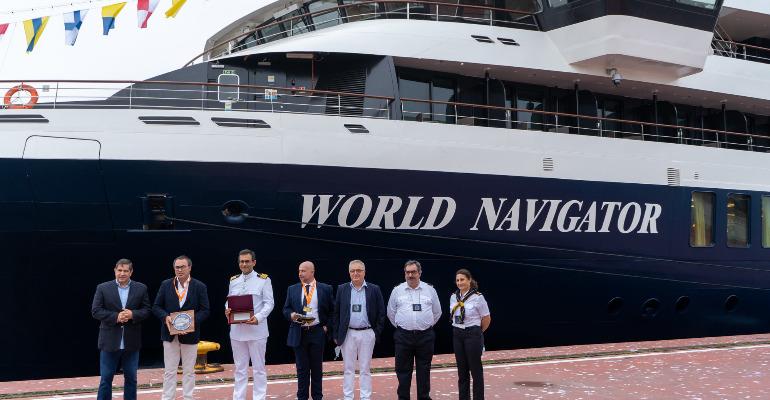 The traditional plaque exchange took place at the port
Atlas Ocean Voyages’ World Navigator completed its maiden call at the Port of Leixões on July 25 where passengers embarked at Porto Cruise Terminal for the ship’s inaugural cruise to Greece.

The first cruise ship to arrive on mainland Portugal in 16 months, Leixões port greeted the ship’s captain with a ceremonial plaque exchange.

The ship left the Port of Viana do Castelo on July 24 - the third cruise ship ordered by Mystic Cruises to be built at the West Sea Viana Shipyard, Portugal.

Its features include maximised fuel efficiency, consuming as low as one-fifth the level of fuel compared to conventional cruise-ships, as well as an alternate hydro-jet propulsion system to help the ship cruise quietly up to five knots, without disturbing marine wildlife.