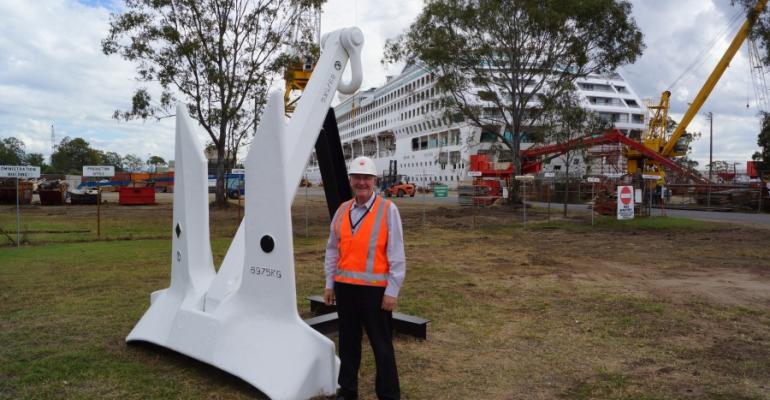 George Windram with Dawn Princess in the background

Dawn Princess was the largest ship to dry-dock in Australia when she first entered the Forgacs shipyard on the Brisbane River in the suburb of Morningside in June 2009 for a multi-million dollar makeover that included the installation of a giant poolside screen for Movies Under the Stars and a child-free Sanctuary.

The 263mtr dry-dock was developed nearly 70 years ago for wartime service in 1942. Stephen Forgacs, who bought Newcastle Engineering in 1962 and has seven sites on Australia’s east coast, acquired the facility in 1999. It has been refurbishing cruise ships since P&O Cruises Australia’s former 46,000gt steam turbine Pacific Sky was dry-docked in 2000.

‘The fast-track expansion of the Australian cruising industry in recent  years has provided a new niche market and Forgacs has grasped the opportunity with both hands and is now recognised as the ship-repairer of choice in Australia for many of the world-wide cruise ship operators,’ he said.

‘Forgacs Engineering is extremely proud to be an important part of Carnival’s supply chain for the refurbishment and refits of the Carnival Australia fleet of cruise ships operating in the Australian region.’