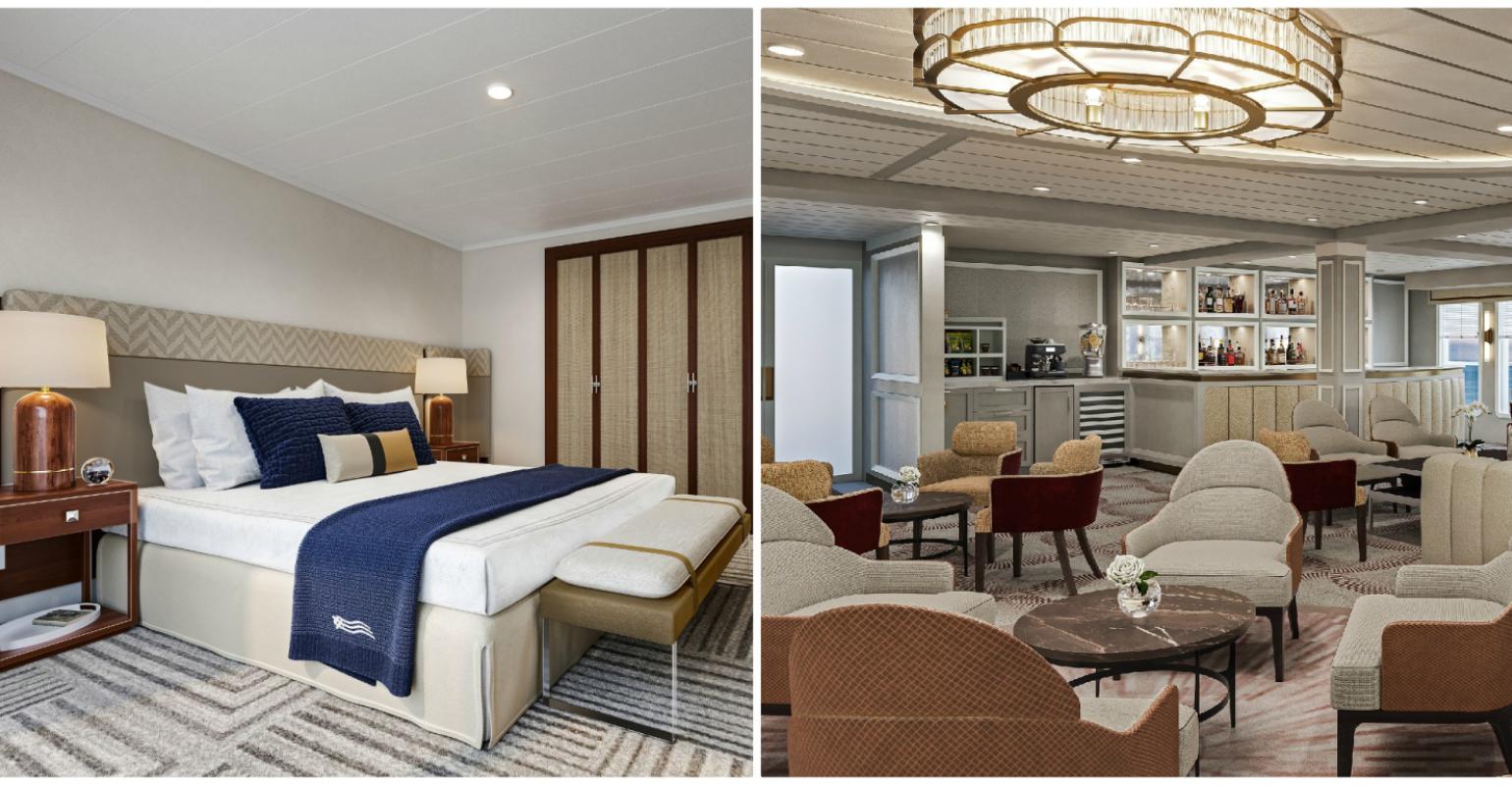 Elegant, refined and spacious — A suite bedroom and a corner of the River Lounge on 2021's American Melody
American Cruise Lines selected Studio DADO to design the interiors of its new riverboats, starting with 2021's 175-passenger American Melody.

This is the firm's first foray into the domestic river cruise market.

DADO’s work on the new riverboats integrates an elegant and refined aesthetic with American’s tradition for spacious comfort.

Blending 'the sophisticated and the modern'

'Studio DADO has a remarkable ability to blend the sophisticated and the modern. Their design vision closely aligned with our mission to provide sophisticated experiences on modern ships,' said Charles B. Robertson, president and CEO of American Cruise Lines.

'The magnitude of the American Melody build reaches beyond the normal anticipation we see with clients celebrating the expansion of their fleet,' Studio DADO Founding Partner Jorge Mesa said.

'From our first insightful meeting through the entirety of the collaborative design process, our team was clear and honored, frankly, to step into the moment with American Cruise Lines and create a fresh, but still cultured atmosphere aboard its new ship,' he continued. 'We leaned in and considered every element, from palette to architectural structure to functional details, while still paying homage to the brand’s perfectly American origins.'

American Melody will be the 13th new vessel in American’s rapidly expanding fleet and its second new riverboat debuting on the Mississippi in 2021, following American Jazz.