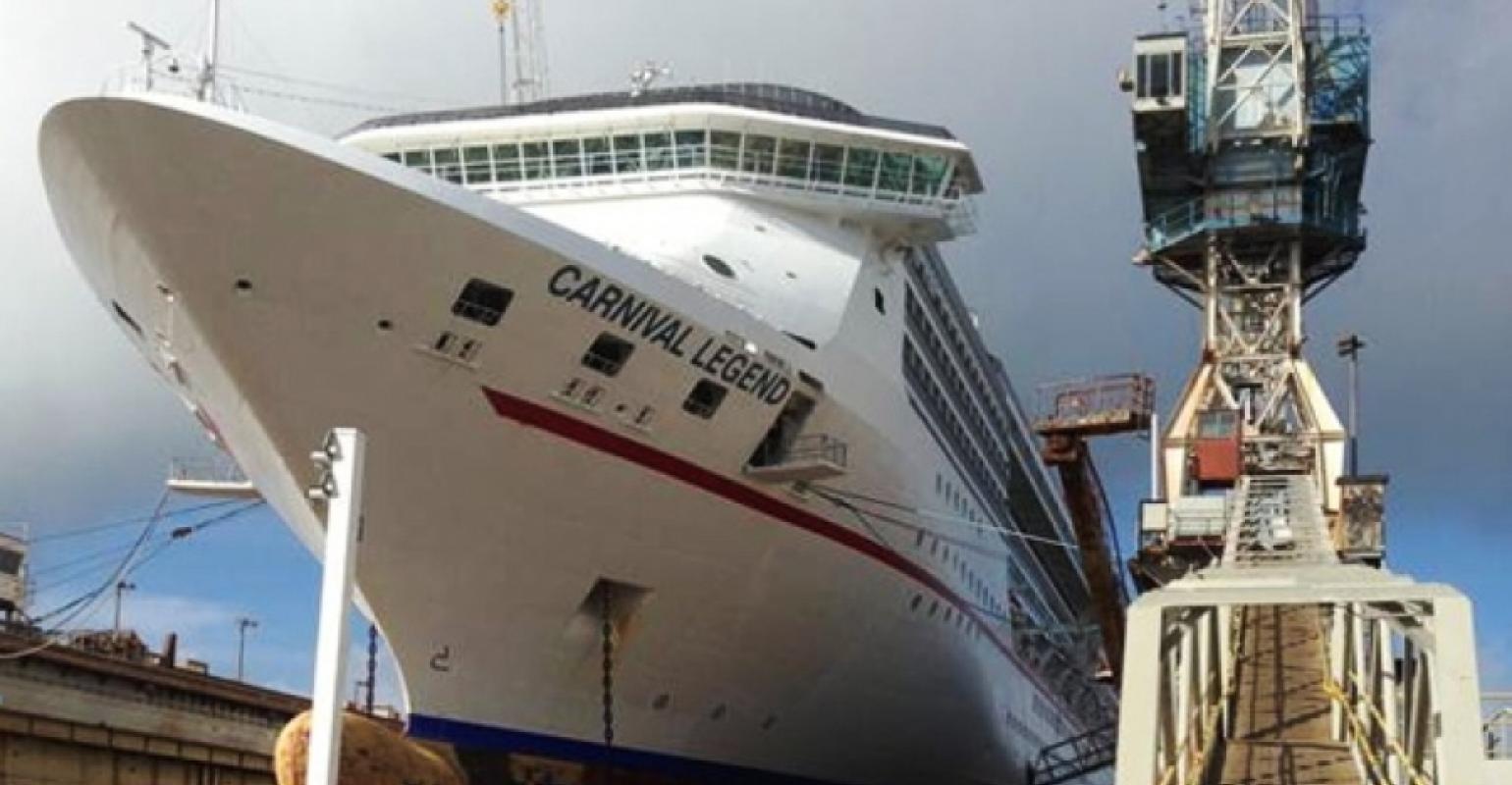 Carnival Legend, currently based in Tampa, has gone into drydock at Grand Bahama Shipyard in preparation for her maiden extended season Down Under from September 22.

The 88,500gt Carnival Legend, which was built in 2002 and carries 2,680 passengers, is a sister to Carnival Spirit which was permanently homeported in Sydney in October 2012.

She is being fitted with ‘Green Thunder,’ the popular waterslide developed for Carnival Spirit with ‘adventure-loving Aussies’ in mind that has a vertical drop and rockets outside the ship before looping back.
Other touches to make Australian passengers feel at home include a Red Frog Pub and Australian power points for electrical appliances, like hair dryers and razors. The Australian voltage is different to America's.
Carnival Legend will sail from Sydney to New Caledonia, Vanuatu and Fiji until April 2015. She will return for a second summer season in 2015/16.
TAGS: Refurbishments source markets
0 comments
Hide comments
Related