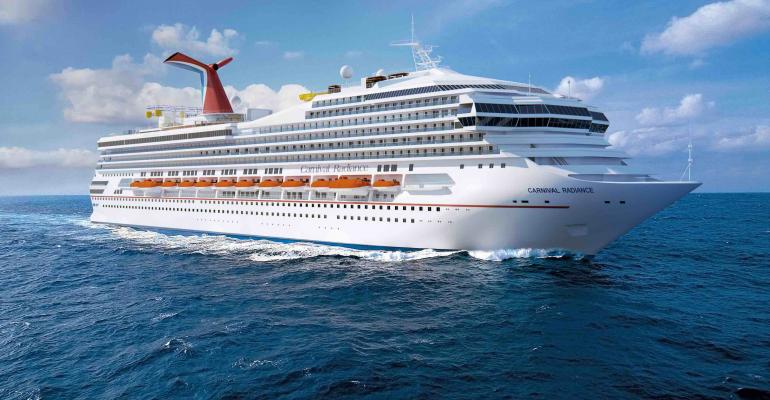 As the COVID-19 situation continues to escalate, Carnival Cruise Line suspended work on this project at Navantia in Cadiz, Spain, where the drydock was under way.

Carnival said travel restrictions make it impossible to secure workers at this time.

Earlier this month the 2000-built ship had begun what was to be a 38-day, bow-to-stern transformation. The $200m project was going to add all of the line’s food, beverage and entertainment innovations. These include Guy’s Pig & Anchor Bar-B-Que Smokehouse created by Food Network star Guy Fieri, Cucina del Capitano family-style Italian restaurant, Bonsai Sushi, Caribbean-inspired RedFrog Pub and the first Big Chicken restaurant at sea created by Carnival’s Chief Fun Officer Shaquille O’Neal.

Other spaces to be transformed were to include the water park, youth facilities, retail shops, Cloud 9 Spa and a new Liquid Lounge, home to the high-tech Playlist Productions shows.

After the docking, in late April Carnival Radiance was to operate four European sailings, followed by a trans-Atlantic crossing. Those cruises have been canceled.

Renaming festivities had been planned in New York City on June 24.