Carnival's Cahill tells how extra technical measures will be implemented 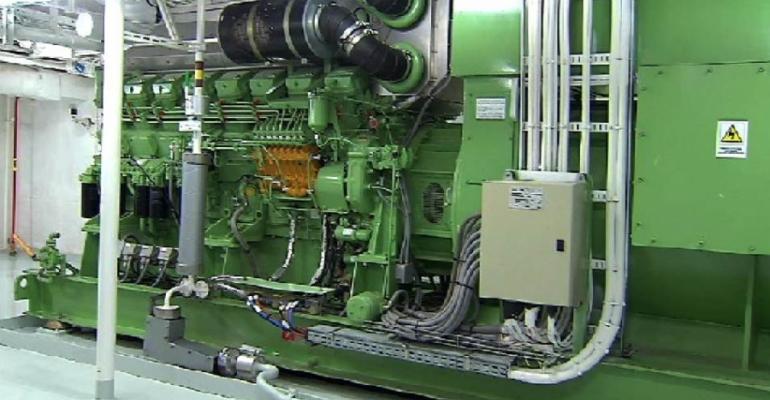 The more than $300m in extra measures Carnival Cruise Lines is layering on to boost the reliability of technical systems and, in the event of a power loss, passenger comfort, will take place in stages on a ship-by-ship basis, Gerry Cahill told Seatrade Insider on Wednesday, while also stressing that blackouts are very rare.

‘This is not about safety because the ships are safe,’ he maintained, adding that during the Carnival Triumph incident in February and Carnival Splendor in 2010, ‘Nobody was hurt. Nobody was at risk.’

Cahill said those were the two such incidents during the nearly six years he has been president and ceo. In that time, between 8,000 and 9,000 cruises have operated and more than 25m passengers were carried.

Carnival Sunshine and Carnival Triumph will emerge from their ongoing drydocks with all the changes Carnival outlined Wednesday, including an additional emergency generator, the latest fire suppression systems and, in engine spaces, hardened and reconfigured electrical cabling and switchboards to prevent the kind of propulsion power knock-outs that occurred after the Triumph and Splendor fires.

While the company learned a great deal after the Splendor incident and implemented many of those findings across its fleet, the electrical cabling linking Triumph’s two engine rooms also failed even though, Cahill said, ‘We had tested it after the Splendor fire.’

Reconfiguring the cabling is very complex and will take time and effort. Plus, switchboards have to be manufactured. These installations can’t be done while underway but can be completed in a wet dock. Depending on the ship, Carnival could do the work in scheduled drydocks and may consider moving forward dockings.

It should be known in the next couple days if there is a delay in Triumph’s June 3 return to service.

Cahill said he wants to be sure all toilets work, and more of the elevators, and that hot food can be provided along with Internet connections should a power loss occur.

In another aspect of the work, the latest-generation high-pressure water mist fire suppression systems are to be installed over the next 18 months while ships are in service.

As for forming an independent Safety & Reliability Review Board of outside experts even though the company already receives oversight and input from a number of regulatory authorities and experts, ‘You always want to get better,’ Cahill said. ‘It’s not a bad thing to get another view.’

He anticipates the Review Board, being staffed now, would be continuing—not temporary—body that interfaces directly with Carnival’s technical operations team led by Mark Jackson, vp technical operations. Jackson, a former US Coast Guard officer, joined Carnival in April.

Cahill also intends to be involved in the Review Board meetings.

He added that all these Carnival measures have been positively received by regulators, classification societies, USCG and public health officials.

Asked if the steps will ease public concerns about cruising with Carnival, Cahill said he doesn’t think the public has an issue with safety, however, the actions show an extra commitment by what is the largest cruise line.