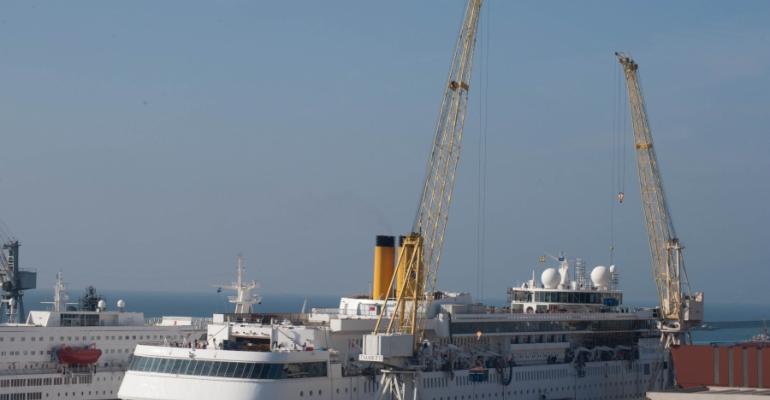 Costa Romantica alongside at T.Mariotti

Work has commenced at T. Mariotti shipyard in Genoa on a major refurbishment of Costa Romantica.

Costa Cruises signed a contract with the San Giorgio shipyard in Genoa worth around €90m for the restyling work which it will carry out with the assistance of affiliate T. Mariotti.

The work on Costa Romantica – involving drydock, quay and fitting out – is due for completion in mid-February when the vessel will re-emerge as Costa neoRomantica.

This extensive make-over will include the construction of new areas and the introduction of services that represent a major evolution in the Costa product. The objective is to offer a renewed cruise experience.

According to analysis by S. Giorgio del Porto, some €40m will be generated by induced activities linked to the work in the shipyard. Around 40 Genoese companies will be contributing to the project.

Architects for the interior makeover are Swedish company Tillberg Design and London planners Syntax. Among the new areas on the ship are a wine and cheese bar, a coffee & chocolate bar, a new pizzeria, a cabaret lounge and a nightclub. Another addition is Costa's signature Samsara Spa.

The new-look ship will spend February and March sailing from Savona on 11-day cruises to Spain, Morocco, the Canary Islands and Madeira. Summer will be spent in North European waters.

In September 2012 the ship embarks on a 107-night voyage from Italy to Australia and New Zealand.