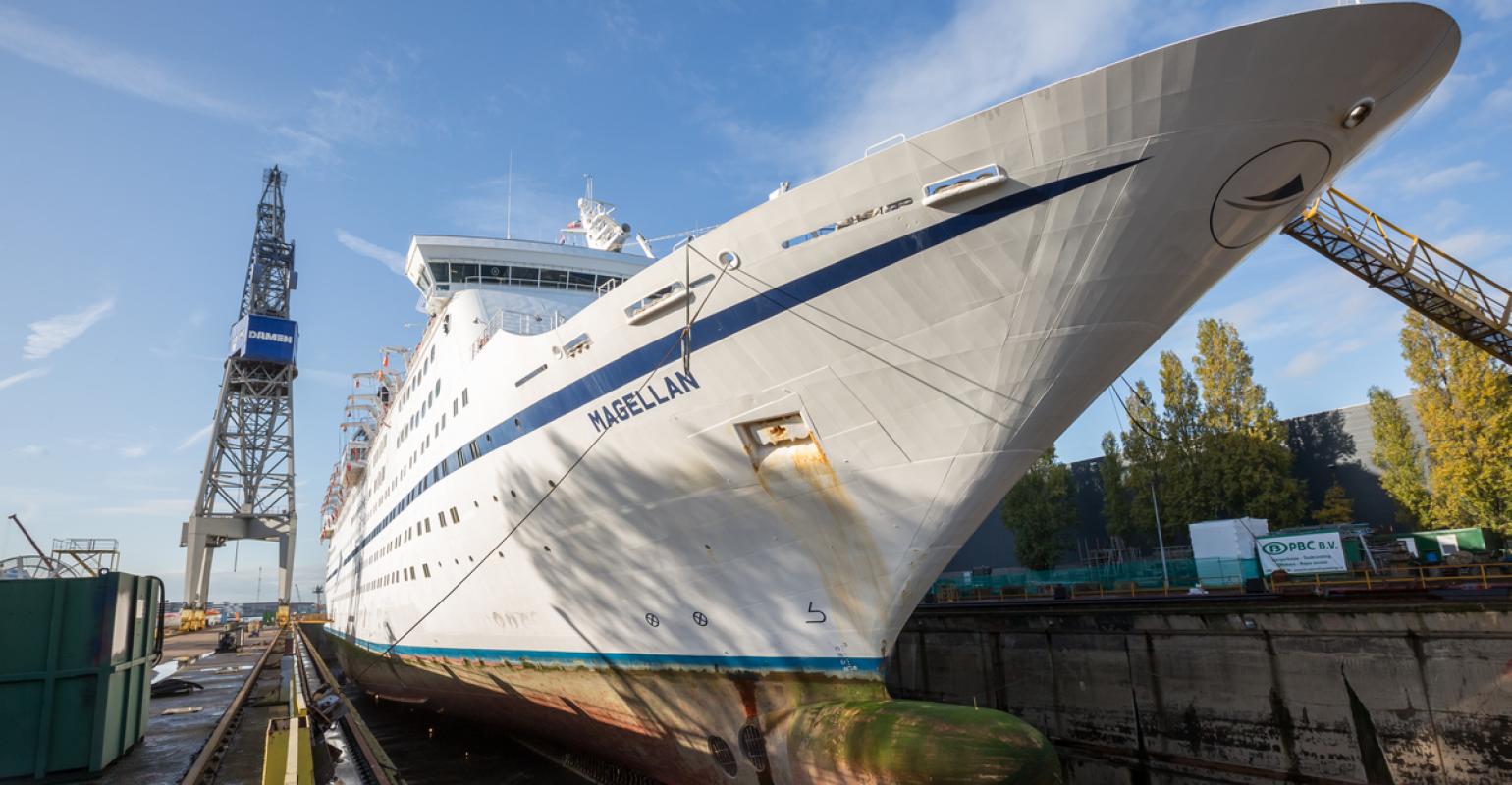 Magellan underwent a four-week schedule of work, including additional repairs identified during the docking

Magellan, Marco Polo and Astor are all operated by Cruise & Maritime Voyages.

First to dock was the 222-meter, 46,000gt Magellan for a four-week schedule of work that included comprehensive cleaning and inspections, repairs to the main and auxiliary engines, the overhaul of the bow and stern thrusters and the servicing of the life rafts.

As work proceeded, additional repairs were identified, an occurrence that was shared by all three vessels. For Magellan this involved steel repairs to a series of tanks.

Two days after Magellan's arrival, the 176-meter, 22,080gt Marco Polo came alongside in dry dock No. 3 for similar works that lasted three weeks.

After that, the similarly sized Astor took Marco Polo’s place for nine days of maintenance that included a range of pipe renewals, repairs to the main engine intercoolers and the renewal of the stern tube seals.

This program called for a high degree of flexibility from the team at Damen Shiprepair Amsterdam since the scope of the projects evolved over real time. On top of the additional steel repairs, the client decided part-way through to give the first two ships a whole new exterior look.

Following a comprehensive blasting of their hulls they each received a new, bright blue paint scheme to replace their previous white and deep blue livery, as well as new logos.

It was a busy time for everyone but the cooperation was excellent, according to Vincent Kok, Damen Shiprepair Amsterdam project manager for Magellan. The critical pathway was determined by the paint works. For Magellan, right up to the end painters were going up and down along the sides and the funnel, which was completely rolled.

‘As is becoming the standard for these cruise vessels, we refloated each one the day before they departed so that we could position the lifeboats in the water along one side of each vessel,’ Kok continued. ‘This process was then repeated for the other side when they were at the lay-by berths, where they were berthed prior to final departure.’