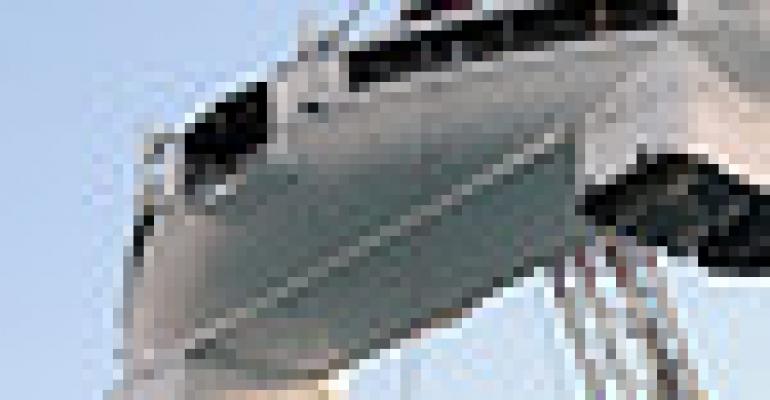 Dramatic new footage of the Grand Princess drydock shows Skywalkers Nightclub being removed from the ship.

The floating crane Chesapeake, owned by Donjon Marine Co., is shown lifting the iconic nightclub, estimated to weigh more than 160 tons, from the superstructure of the ship following 10 hours of cutting.

‘A new era has dawned,’ said cruise director Martyn Moss as Skywalkers Nightclub was parted from Grand Princess on Day 12 of the 24-day docking at Grand Bahama Shipyard.