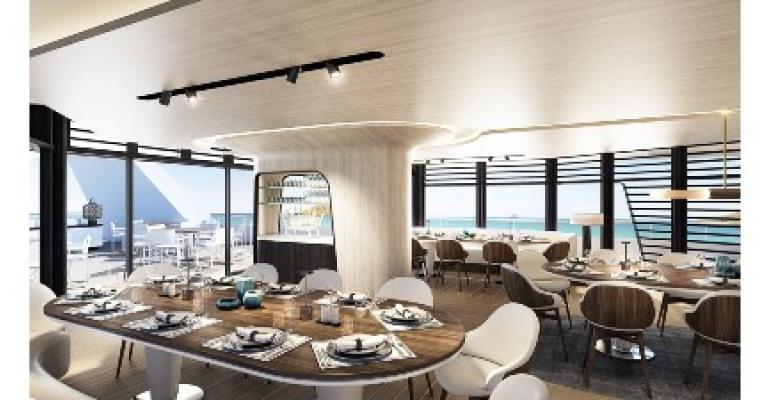 The 88-meter/289-foot vessel has 16 staterooms and suites, accommodating up to 32 passengers, and a 1:1 staff to guest ratio.

Cabins are spread over three decks, each with large windows, while the muted color palette lends an air of understated elegance. 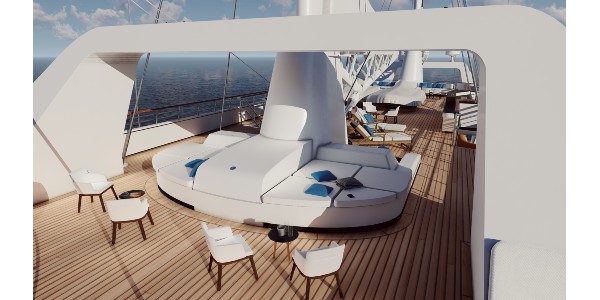 Passengers can relax on the sun deck looking up to the billowing white sails and order a drink from the outdoor bar. Dishes made from organic ingredients are served in the restaurant, Le Diamant. The wellness space offers Biologique Recherche treatments, and daily yoga sessions are held on the deck.

The yacht will relaunch in the Mediterranean with 10 departures and three new itineraries, followed by winter 2022/23 in the Seychelles then a season in Western Australia’s Kimberley region.

The first voyage on Aug. 14 is a seven-night itinerary along Croatia’s coastline, from Dubrovnik through the Bay of Kotor to the Adriatic islands of Mljet, Korčula, Vis, Hvar, Brač, Šipan and Lopud. After that, Le Ponant will go island-hopping around Greece.

New for this later year is a nine-night Seychelles itinerary with 11 round-trips from Mahé, including two new ports for Ponant: the African Banks north of the Amirante Islands and Thérèse Island, both uninhabited and available to passengers during the day.

Then Le Ponant is scheduled for 26 cruises along the Kimberley with its waterfalls, white sandy beaches, mangrove forests, sandstone gorges and migrating humpback whales. Passengers will benefit from an exclusive partnership between Ponant and one of the few companies that still dives for wild pearl oysters, Paspaley Pearls,