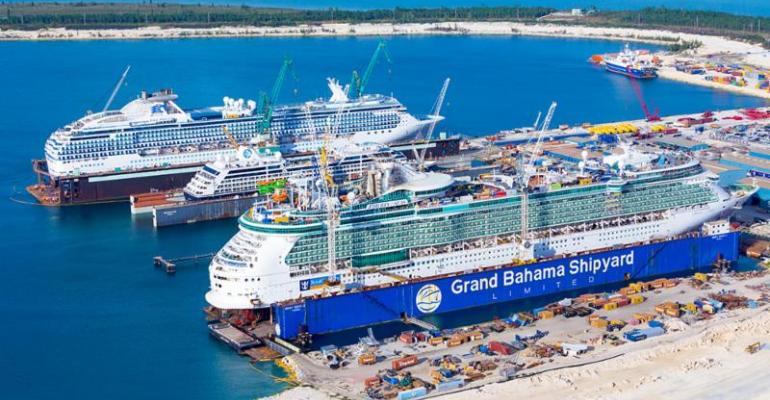 Drydock No. 2, which takes the biggest ships, is seen in the foreground of this file photo. It was damaged in a crane collapse in April 2019

Grand Bahama Shipyard’s Drydock No. 2 — the big one — is still not expected to take ships during 2020.

In April last year, a crane collapsed while Oasis of the Seas was in the dock. Eight people sustained injuries and the ship was damaged (and subsequently repaired in Cadiz). There was structural damage to the dock, too.

Liberty estimated the equity pickup loss due to Drydock No. 2 being closed as $12m to $13m for RCL during first quarter 2020. In 2019, the shipyard incident also contributed to higher costs for the company.

The facility does have two other drydocks but neither is as large as No. 2.