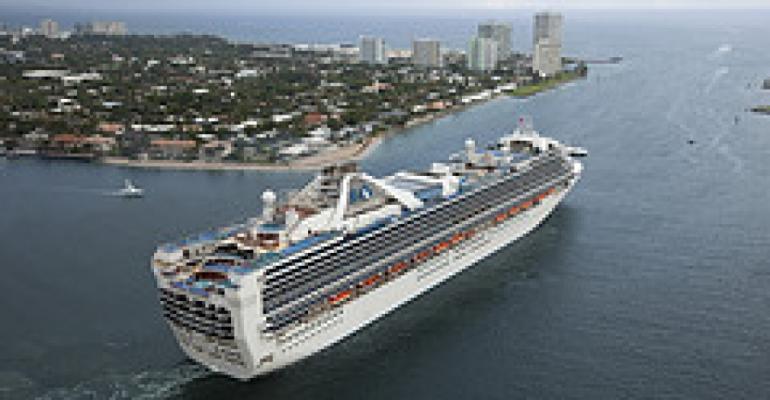 Following the most extensive ship renovation in Princess Cruises’ history, the first passengers on Friday embarked the transformed Grand Princess at Port Everglades. The 24-day docking at Grand Bahama Shipyard made dramatic changes including removing the iconic Skywalkers Nightclub and the demolition and rebuilding of the atrium to create a new Piazza-style space.

All the work was captured in daily video updates that Princess said attracted more than a half million views.

The Grand Princess Drydock Journal captured the process with 26 video updates plus more than 300 photos of the daily progress in a series hosted by cruise director Martyn Moss.

The videos also shared such tidbits as the time it took to cut Skywalkers from the ship (10 hours) and the amount of new carpeting installed (about 50 square miles).

In addition to the new Piazza, there are several new eateries including Alfredo’s Pizzeria and the Crown Grill steak house, and the line’s first specialty tea lounge, Leaves.

The new Deck 15 nightclub, The One5, that replaced Skywalkers, will open May 21.

Grand Princess sailed Friday on a 16-day voyage to its summer homeport of Southampton.