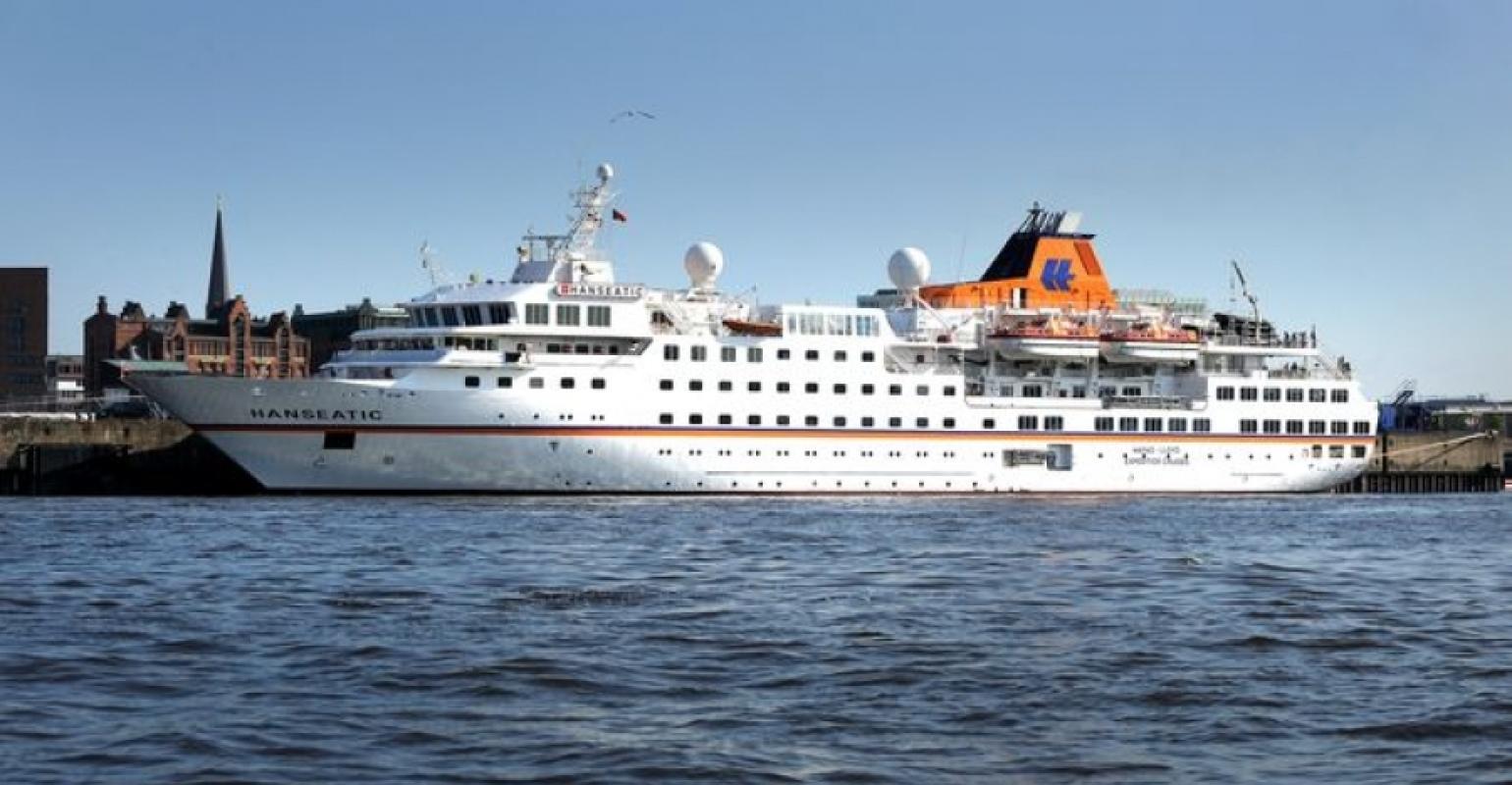 Hanseatic gets new look, inside and out

Hapag-Lloyd Cruises is visually unifying the appearance of its fleet. After a 13-day stay at Blohm+Voss in Germany, Hanseatic now features the lines' characteristic colours, an orange and blue band, as well as an orange funnel with the brand logo.

During the comprehensive makeover more than 780 jobs were carried out, among them, the renovation and modernization of two cabin decks, the buffet restaurant, and the sauna and pool area. The ship returned into service today.

'With the charter for Hanseatic extended until 2018, we opted to add the visual unification of the fleet. Nevertheless, the legendary former logo of Hanseatic will be retained as a product logo on board', says Sebastian Ahrens, managing director of Hapag-Lloyd Cruises, explaining the decision.

More than 400 shipyard employees worked in three shifts in order to implement the refurbishment which included the renovation of the cabins on Deck 5 and Deck 6. Plenty of wood, new fabrics, furniture and carpeting has been added to create a contemporary design.

The buffet restaurant Columbus Lounge gained a new look and a new name, now called 'Bistro Lemaire'. The pool and sauna area have been revitalised, with the addition of a new steam sauna, as well as a multi-mode shower. In total, more than 11,482sq ft of carpet, 621 gallons of paint and 3,937sq ft of fabric were deployed across the vessel.

New service options now available onboard include: worldwide mobile phone reception via OnAir, Wi-Fi in all cabins, an extended selection of international newspapers, as well as headsets for passengers during shore excursions.

The new look Hanseatic(pictured) sails today for a four-day cruise from Hamburg via List, Sylt and Binz, Ruegen to Travemuende.

In August, Hanseatic heads off to discover the Arctic and Northwest Passage on a shorter, 19-day cruise. The itinerary departs from Kangerlussuaq, Greenland on August 14, 2011 and ends in Reykjavik, Iceland on September 2.

In November, the vessel heads off to the Seychelles, Madagascar and Mauritius making a new stop in Nosy Lakandava in Madagascar.