Inside the 'new' Carnival Sunrise 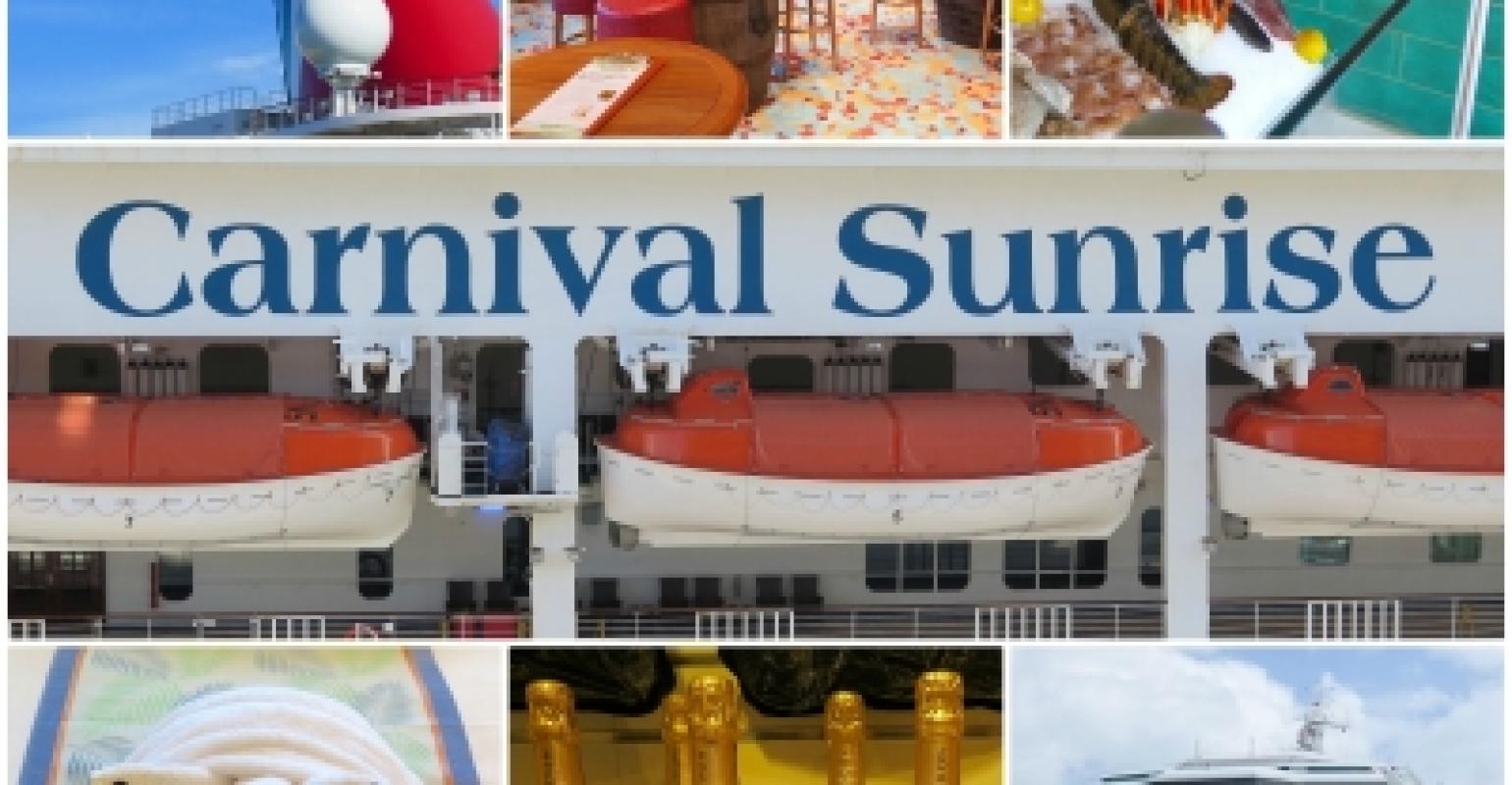 Carnival Cruise Line has just done that, with Carnival Sunrise reincarnated from the 1999-built Carnival Triumph.

Plus $50m in cabins and corridors

In fact, on top of the 38-day docking that cost $200m, Carnival earlier spent about $50m modernizing the cabins and corridors, President Christine Duffy noted aboard a long-weekend Bermuda cruise that followed the Sunrise naming festivities in New York.

'That's what it costs to do this kind of transformation,' Duffy said of a ship that's so dramatically different it merited a new name. This level of investment extends the vessel's life, she added, and was needed to make technical and environmental updates.

'People aren't building ships of this size any more,' Duffy said of the 101,509gt Carnival Sunrise. 'There are guests who prefer smaller ships' and, with those, Carnival can access a wider range of ports.

Adding the latest food, beverage and entertainment offerings ensures consistency across the 27-strong fleet — each Fun Ship 2.0 venue has a branded feel to it. Public rooms and accommodations are now contemporary, with a lighter, brighter look.

In the case of Carnival Sunrise, revenues should go up on the 115 additional staterooms. Double-occupancy capacity went from 2,758 to 2,988.

New rooms include premium accommodations like a pair of luxurious Captain's Suites, one deck above the bridge. Each sleeps up to five and has two bathrooms and a huge balcony. Aft-facing cabins with extended balcony and a pair of Extended Balcony Grand Suites (each sleeping four) were added, too.

There are more places for people to spend money. The RedFrog Pub, selling Carnival's own craft beers, cocktails and snacks, replaced the dance club, and it's the largest RedFrog Pub in the fleet.

Radiance, one of the two main restaurants, now houses the Fahrenheit 555 steak house and the Chef's Table (both extra charge venues).

The Cloud 9 Spa is has an all-new design and was expanded.

The youth areas were relocated to create a two-story Serenity adults-only deck area with bar. In other open decks changes, the WaterWorks park was redone and now offers two big waterslides instead of one. A SportsSquare with ropes course was added.

The glass dome over the aft pool was removed; given where the ship sails, it wasn't needed, Duffy said. Sunrise is sailing from New York through mid-October on a series of four- to 14-day voyages. The ship will head to Norfolk in October for two six-day cruises then reposition to Port Everglades for four- and five-day sailings beginning Oct. 28.

Carnival is nearing the end of its $2bn fleet refurbishment begun in 2011 that touched more than 20 ships. The program wraps next year when a third Destiny-class vessel will be transformed as Carnival Victory undergoes a $200m drydock to emerge as Carnival Radiance.

As with Carnival Sunrise, the work will be carried out at Navantia Shipyard in Cádiz, Spain. Duffy said Navantia was selected because it can handle a project of this scale and, with most cruise ship suppliers in Europe, it made sense to go there.

Carnival Sunrise was Navantia's first for the Carnival brand, and the work involved two years of planning, more than 7,000 people, 144 suppliers/contractors and 700 containers.

Carnival's Ben Clement, SVP newbuilds, oversees ship refurbishments as well as newbuilds, and Duffy said the company has just hired a new executive in guest experience innovation — also under Clement — whose background is with land-based resorts.