Interiors by Jestico + Whiles feature on board P&O Cruises’ Iona 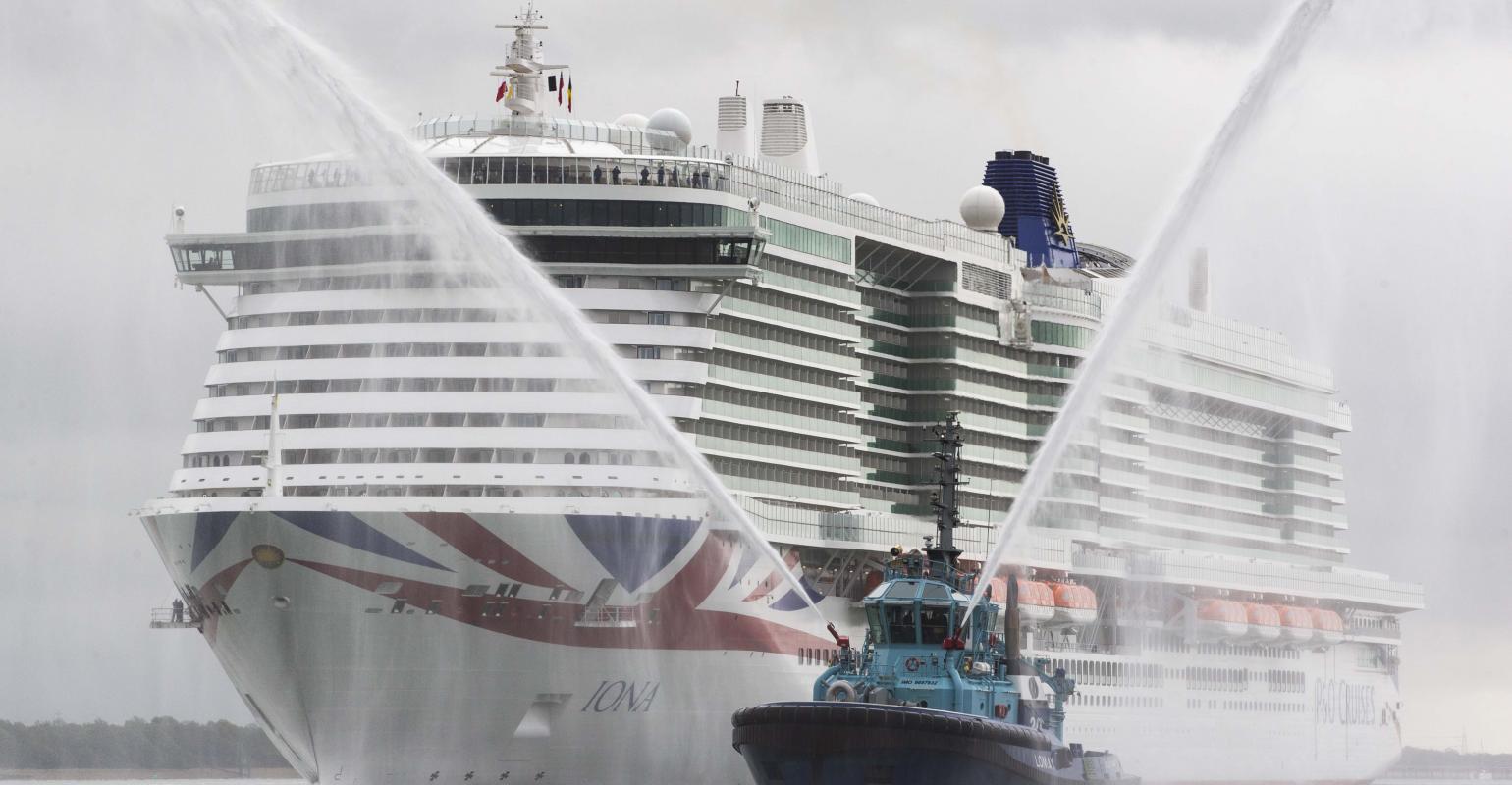 The Grand Atrium's arcing staircase is made of Italian marble
Interiors of P&O Cruises newest vessel, Iona, are the result of Jestico + Whiles' workmanship.

The design and architecture studio was responsible for most of the food and beverage spaces throughout the vessel, as well as its triple-height Grand Atrium.

The arcing staircase of Italian marble with a filigree, bright silver serpentine balustrade serves as the centerpiece, evoking early 20th century glamour. Designed as a sculpture, its swooping form leads passengers through the decks.

With panoramic views and natural light, the space is also designed to ‘draw the outside in.’ It will serve as a key entertainment space, providing a backdrop to musical performances, circus acts and aerial shows, while also functioning as a calmer setting for coffee at sunrise or dusk.

‘We’ve set out to make sure the sea is the star on Iona, and the design of the Grand Atrium tells you so much about how special she is going to be,’ said P&O Cruises senior VP, Paul Ludlow. ‘Balancing intimate spaces with larger social areas, guests will be wowed by the three storey high glass walls and the ever-changing view they reveal. From the moment they step onto the staircase, I know guests will be swept away by the beautiful design.’

Jennifer de Vere-Hopkins, director, Jestico + Whiles added, ‘Despite the challenge of such a large space, we have worked closely with P&O Cruises to create a unique Grand Atrium that is harmonious with the separate venues, making the space both open and intimate.

‘The sea becomes the focus of the triple-height space; the sinuous curves are shaped around it, framing and complementing the views to the outside.’

Jestico + Whiles has designed the cruise line's first gastro pub, The Keel and Cow, on Deck 8 with views over the Grand Atrium and the ocean.

Emerald Bar, which has the theme of a 1920s cocktail bar, was also designed by Jestico + Whiles in addition to Vistas Cafe Bar on Deck 6, where P&O Cruises’ master pâtissier Eric Lanlard can be found at work.

The interior of The Glass House on Deck 7 were imagined by the design studio.

Iona was named in a ceremony on May 16. Britain’s largest ship and powered by LNG, it will embark on its maiden voyage August 7, sailing the UK coast and up to her namesake island.

Constructed at Meyer Werft shipyard in Papenburg, Germany it can accommodate up to 5,200 passengers.