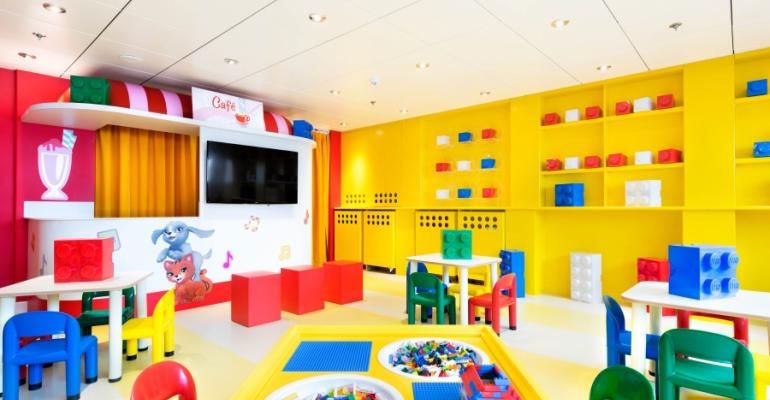 The delivery of MSC Lirica from Fincantieri following a major makeover completes MSC Cruises' Renaissance Programme. Lirica is the last of four revitalised ships set to spearhead the company’s push into new markets and further strengthen its position in other more established markets.

Today in Genoa, MSC Cruises ceo Gianni Onorato told media aboard MSC Lirica the project reinforced the elements that distinguish the MSC Cruises experience: tailored amenities and services for families, varied dining offerings, all-hours entertainment, a broad choice of relaxation and wellness options, and more, 'all provided with a touch of Mediterranean flair and flavour'.

Detailing some of the innovations and enhancements, Onorato said much of the Renaissance Programme had families in mind, so every ship now has five separate clubs for youngsters up to 17 years old, including two designed and equipped by children's brands Chicco and LEGO.

Dining has been made more flexible, with an extended range of menus and restaurants and buffet options available for 20 hours a day.

The entertainment offering has also been enhanced with a 20-hour programme of day and night activities, live music and dance, and themed events across a range of upgraded entertainment venues.

And the ships’ beauty and wellness services have had a makeover, too, with more massage suites added to the Aurea Spa, restyled whirlpool baths and the addition of a spa 'doctor.'

Onorato said MSC Lirica was customized for Chinese travelers ahead of the ship's May 2016 deployment to Shanghai. As earlier reported, these include a Cruise Ambassador service, an industry-leading ratio of Mandarin-speaking staff (up to 80%) and a totally new dining offer comprising refined Asian and international cuisines.

Regarding the three earlier completed vessels, MSC Opera will homeport in Havana from December. MSC Armonia is based in Genoa, operating western Mediterranean itineraries including some ports less accessible to bigger ships such as Ibiza and Port Mahon in Menorca. MSC Sinfonia sails from Durban, where MSC Cruises has a long-established South African market and sails to Mozambique, Namibia, Reunion Island and Mauritius.

Onorato called Renaissance is 'the first pillar of MSC Cruises’ second growth phase, while the seven next-generation newbuilds we’ll launch between 2017 and 2022 are the second.'

Work on the €200m Renaissance Programme began in August 2014, as the first step in the company’s second €5bn-plus fleet expansion plan. In terms of capacity, Renaissance adds 800 new cabins – most with a balcony – increasing the fleet capacity by some 2,000 passengers.

The Renaissance Programme is chronicled in a new photography-led book, also presented today. Produced by the Italian publisher Gribaudo (Feltrinelli Group), the book will be available to buy on board the four Renaissance ships and in bookstores internationally from November 26.