Lloyd Werft looking to extend its reach in overseas markets 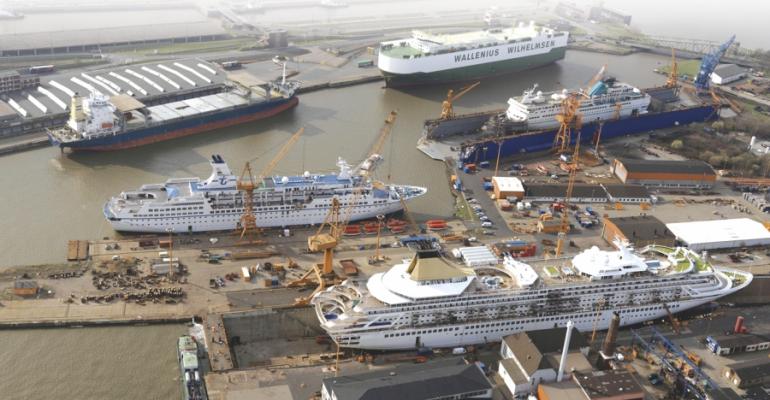 German repair and conversion yard Lloyd Werft has reorganised its agency network in a bid to extend its reach in overseas markets.

In a statement, Ruediger Pallentin, managing director of the Bremerhaven-based company, said it would open new agencies in Scandinavia and Singapore, the latter its first in the Far East.

‘We want to better market the whole range of our international capabilities, with new people and new momentum, and move closer to the international market,’ he said.

‘In JML Shipyards & Marine AB in Fjallbacken in Sweden, and Coway Marine Services in Singapore, we have been able to attract real professionals to our corner with many years of experience.’

Pallentin told Seatrade Insider that the company’s foray into the Far East was targeted primarily at the commercial cargo market rather than at passenger shipping. It’s new representation in Sweden, which will also cover Denmark, Norway and Finland, was intended to tap into both sectors.

The expansion comes as the Bremerhaven yard prepares for a busy winter on the cruise front. Fred Olsen’s Black Watch and Phoenix Reisen’s Amadea are due in for drydocking and repair over the coming weeks, and Phoenix Reisen’s Albatros is due to call for a small conversion job that will not affect the passenger areas.

Most significant, at least in terms of contract value, is the projected arrival in early December of Swan Hellenic’s Minerva for an extensive conversion job(see earlier story). It includes an upgrade of the deluxe cabins including the addition of private balconies, a remodelling of all the bathrooms and a deck extension.

Pallentin declined to comment on the value of the job, which is due to be completed in February, though there have been reports that Swan Hellenic’s parent company, All Leisure, intends to spend more than €11m on the conversion.