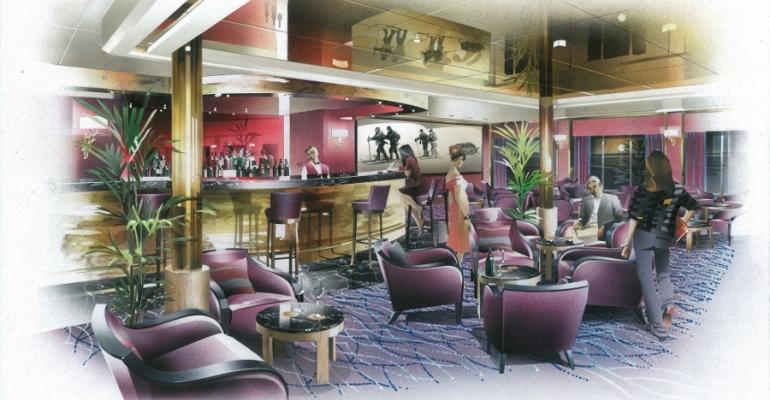 Voyager, the 540-passenger ship joining the Voyages of Discovery fleet in December, will undertake its final refurbishments in Portland Port in the UK this winter.

Voyager is due to arrive at the UK south coast port on November 1 for a month-long refurbishment ahead of its maiden voyage on December 4.

Northern Ireland-based refurbishment specialist Mivan will be completing the project which marks the final stage in a multimillion-pound investment by Voyages of Discovery to introduce the ship to its fleet.

Key new additions to Voyager will include the introduction of an explorer theme throughout the entire ship, reinforcing the destination-led cruise offering including a new Scott’s Lounge—a classic piano bar serving cocktails into the evening—and new specialty restaurant, the Explorer Club.

The addition of a ‘look-out’ lounge providing panoramic views from the front of the ship and a new terrace with all-weather awning added to the Veranda Restaurant will allow passengers to dine al fresco.

Introduction of new digital media players in all cabins, new artwork added to key public spaces and the upgrade of all soft furnishing in public spaces are part of the refit, as is a complete refurbishment of the library and its reference books and a new dual-purpose Bridge Club and function room.

Formerly the Alexander von Humboldt, Voyager has received significant investments since its purchase by All Leisure Group in 2009. These include a major technical upgrade and the addition of more balcony cabins.

Post-makeover, Voyager will offer 270 cabins, 87% outside and 30 with balconies.

Following Voyager’s first two cruises sailing in the Caribbean, it will embark on a series of itineraries in Central and South America, heading to the Amazon in early 2013.

Alan Murray, managing director, Voyages of Discovery, commented: 'As a UK-based company, we are proud to announce that the work on Voyager will be carried out in a British port by Northern Ireland based company, Mivan, which has also recently opened an office in Southampton. Being a British company it has been important to us that we did all we could to ensure we are supporting the UK economy.

'We see Voyager as the perfect partner to Discovery, offering enhanced elements such as balcony cabins and a choice of restaurants, but always maintaining the unique Voyages of Discovery style.'