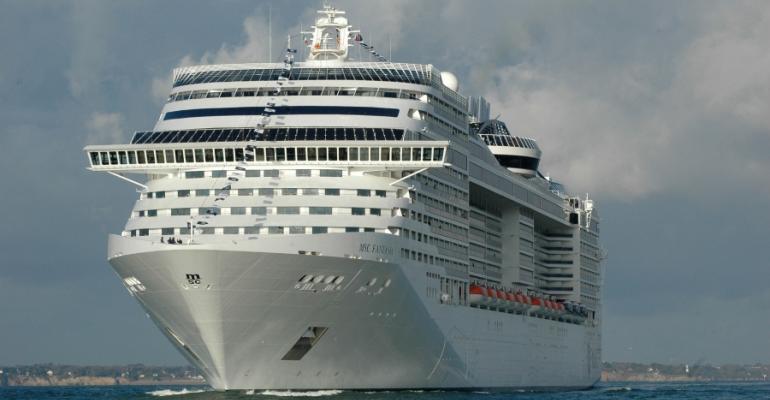 MSC Cruises has moved to maximise the revenue-generating potential of its flagship MSC Fantasia by adding capacity for an additional 404 passengers, taking the total handling capacity of the ship from 3,959 to 4,363 passengers.

The 2008-built vessel is understood to have spent three weeks in February in Fincantieri’s Palermo yard, where its hull was silicone-painted and some modifications were made to the internal spaces.

Company chief executive Pierfrancesco Vago confirmed that work had been done, but claimed that the vessel remained the most generous afloat in terms of the ratio of passenger numbers to public space. ‘We have increased the density a bit, but we still have the highest ratios,’ he insisted.

In addition, MSC said it had increased crew capacity from 1,332 to 1,370. While industry sources in Italy suggested that up to 19 cabins were added for crew, the company denied that it had added any new cabins to the vessel. Rather, it insisted that it had secured certification of compliance for all the beds currently installed on the ship, including third and fourth beds in existing cabins.

Vago said a number of factors played into its choice of yard for refurbishment and repair work, from price and quality to the geographical location of the vessel. Over recent years, the company has used the STX yard in St Nazaire for construction, though Fincantieri has performed drydockings and repairs for the company, notably in Trieste.

The choice of Palermo was a fillip for the Sicilian yard, which has been struggling for workload since the economic crisis began. For MSC, it represents another example of a cruise line seeking to maximise revenue at a time when cruise demand is solid but prices remain under pressure.