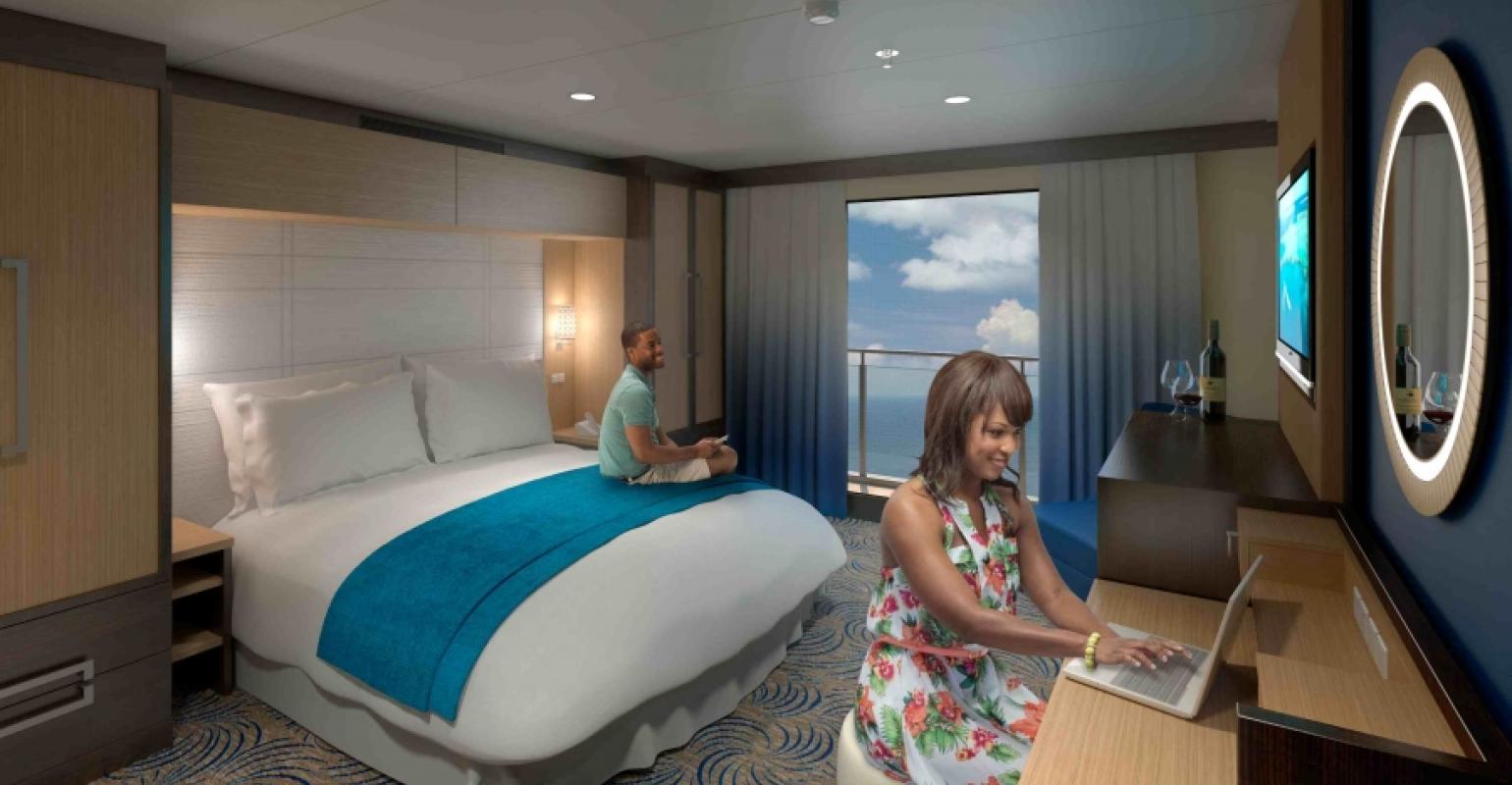 'Virtual balcony' stateroom on Quantum of the Seas

Navigator of the Seas to get ‘virtual balconies’

During its revitalization late this year, Navigator of the Seas will be getting the ‘virtual balconies’ revealed as a new feature for Quantum of the Seas, according to Adam Goldstein, president and ceo of Royal Caribbean International.

On Quantum, the virtual balconies in inside accommodations will be 80-inch LED screens that project real-time views of the sea and destinations.

When the feature was revealed at a launch to media, travel agents and Crown & Anchor Society members in Manhattan last week, their reaction was enthusiastic—‘wows’ and applause.

Goldstein predicted the concept will ‘bring a completely different feeling’ to the experience of inside accommodations.

Disney Cruise Line first made inside staterooms a hot ticket by debuting virtual portholes on Disney Dream in 2011. Disney Fantasy has them, too.

On Quantum of the Seas, the screens are larger, stretching from floor to ceiling.

Navigator of the Seas is scheduled to sail from Galveston this winter.