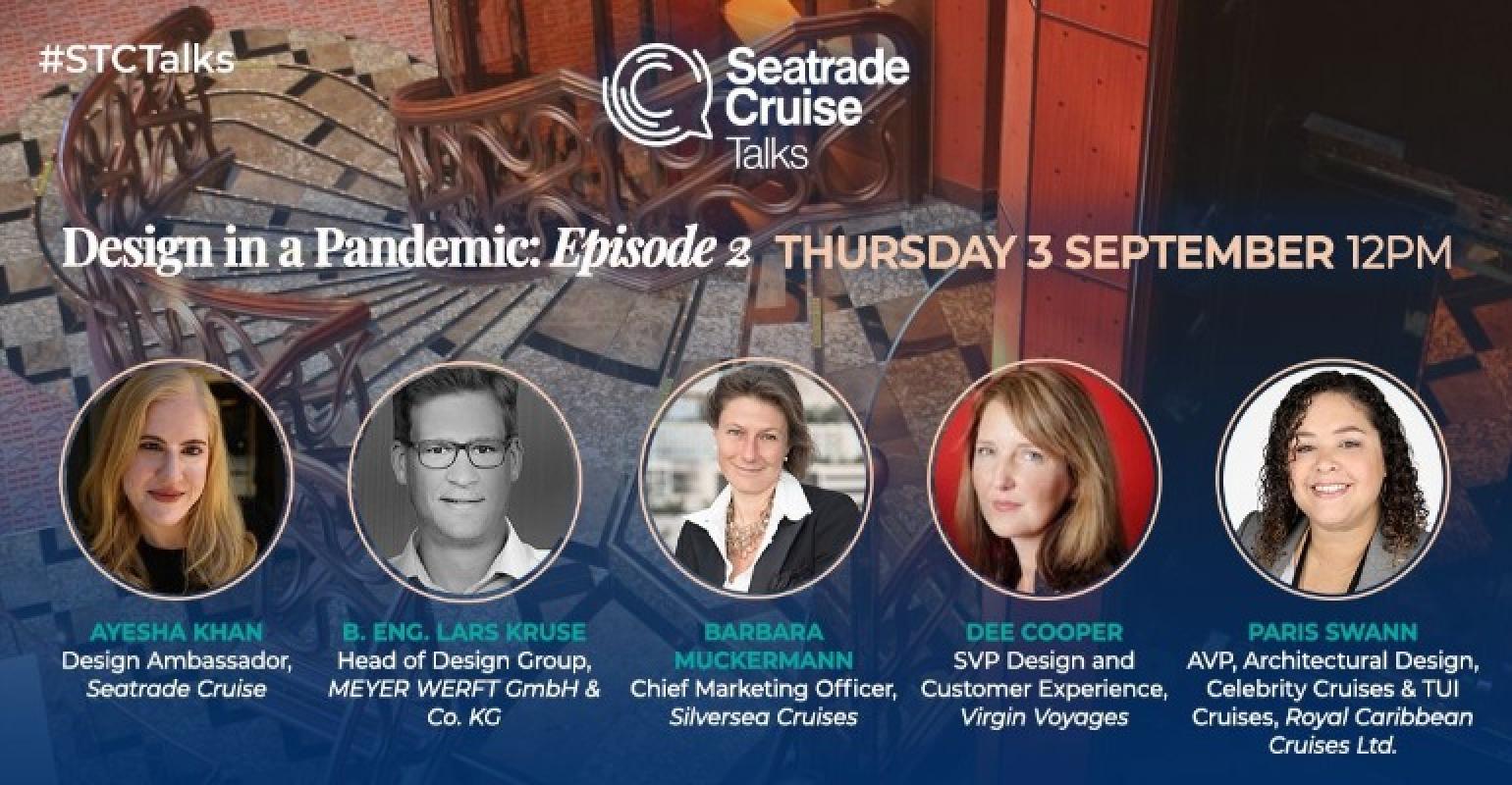 Clean air systems and easing congestion were among the topics discussed

Silversea Cruises CMO Barbara Muckermann said when it comes to design, ‘there are no real big changes in small ship cruising needed,' acceding ‘there might be some opportunities’ for improvements but that these will not be ‘huge’ for Silversea, given that its vessels ‘have up to four times the space for passengers than on crowded, mass market ships.’

Muckerman went on to add that she feels ‘privileged’ and ‘inherently very lucky’ since ‘by definition, it is going to be easier to manage social distancing – or better, physical distancing’ on board Silversea’s ships, which have a 1:1 crew ratio, allowing for close attention to detail and swift implementation of new measures.

‘We already have overflow for indoor and outdoor seating in normal instances – so people can have dinner at the same time through all the different venues,' she added.

Lars Kruse, head of design group, Meyer Werft, claimed to be ‘seeing lots of opportunity for touchless cruising,' where lifts can be ordered by smartphone and doors open automatically. He added that ‘automation points are increasing, which makes it more and more easy with a refurbishment to implement things.’

Kruse went on to discuss the possibility of new, antimicrobial surface coatings, which ‘we can bring in to ships that are currently under construction.' On easing congestion during debarkation, he expressed the possibility of ‘making openings larger, so [passengers] have the possibility to pass each other without coming too close.’

Paris Swann, AVP, Architectural Design, Celebrity Cruises & TUI Cruises, Royal Caribbean Group, agreed that frictionless embarkation and debarkation is key to ensuring safety on cruise ships, while improving the guest experience. She observed that Royal Caribbean has for the past two years made use of pre-check-in practises and ‘facial recognition at every embarkation point,' which is ‘so much smoother.’

‘The opportunity for design to have a positive impact on operational and experience issues is really immense,’ she commented. ‘We have our digital mustering – our e-mustering…which we were working on pre-COVID.

"It’s an advancement in the industry, it turned out to be helpful and timely.’

In reference to Scarlet Lady, Dee Cooper, SVP design and customer experience, Virgin Voyages, said on-board location mapping is already possible to prevent bottlenecks, and the company is ‘building on these amazing systems the ships already had’ in its preparations for a post-COVID-19 world.

‘We invested in… an AtmosAir system that we retrofitted onto Scarlet, that we’re putting on our other ships,' she concluded.