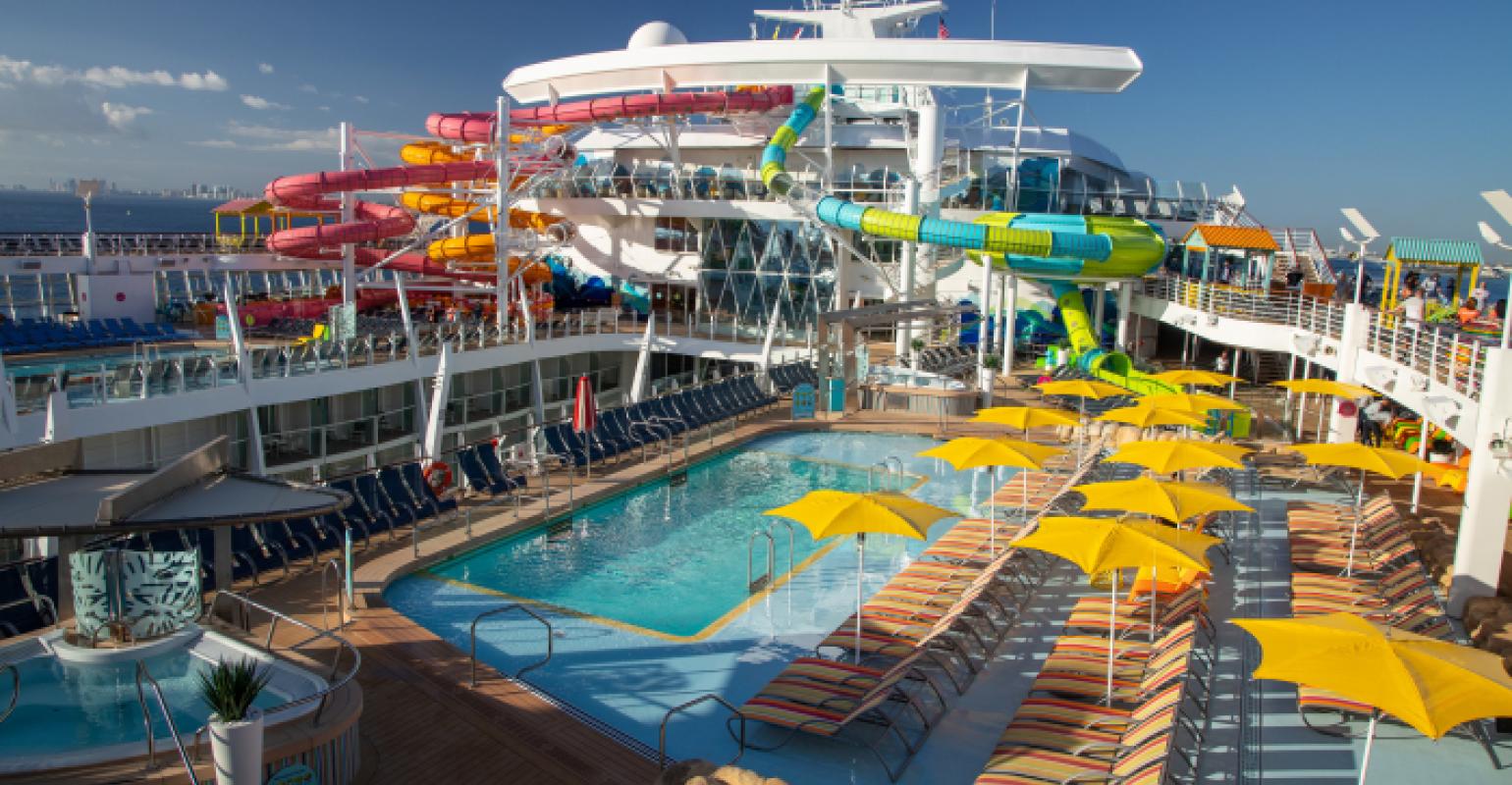 Oasis of the Seas emerges from $165m transformation

Oasis of the Seas has made a splash in its return to South Florida with a $165m new look.

The work was carried out at Navantia in Cádiz.

Oasis now offers Royal Caribbean’s first barbecue restaurant, Portside BBQ, and brand favorites like the tallest slide at sea, the Ultimate Abyss, along with the live music venue Music Hall. The pool deck was reimagined, too.

The ship is now sailing seven-night Eastern and Western Caribbean cruises from Miami before heading to Bayonne, New Jersey's Cape Liberty in May, where it will become the first of its kind and the largest cruise ship to sail from the New York area.

‘To see a 63-day, $165 million effort come to life on a ship as iconic as Oasis of the Seas is remarkable,’ RCI President and CEO Michael Bayley said. With the new experiences, the ship is ‘every bit as original as the day she debuted 10 years ago, almost to the day,’ he added.

Joining the Ultimate Abyss, a 10-story test of courage, is The Perfect Storm trio of waterslides, Typhoon, Cyclone and Supercell. The pool deck itself was reimagined with a more Caribbean look, and added the Splashaway Bay kids aquapark, signature poolside bar The Lime & Coconut, hammocks, casitas, in-pool loungers and live music.

El Loco Fresh serves Mexican street fare to go, while Sugar Beach sells more than 220 types of candy and has a walkup ice cream window. The robotic bartenders of Bionic Bar by Makr Shakr are aboard Oasis now, too.

In AquaTheater, Oasis debuts ‘Aqua80,’ a new show with jaw-dropping feats, high dives and acrobatics, set to iconic tunes from the 1980s.

Meanwhile, in the Royal Theater, ‘One Sky,’ a new, full-scale production takes center stage. This Royal Caribbean original guides travelers through a journey of discovery with music and choreography that explores human connections.

Music Hall — a Quantum-class concept — makes its Oasis-class debut with a roster of live cover bands, an expansive dance floor, a pool table and intimate lounge seating across two levels.

And Spotlight Karaoke is a dedicated karaoke spot with a main stage and two private rooms.

Social298 is the new, maxed-out teens lounge with gaming consoles, music, movies, places to hang out and a new outdoor deck, The Patio.

Glow-in-the-dark laser tag comes in ‘Clash for the Crystal City,’ where two teams go head to head to take control of a mythical ice city.

And in the ‘Mission Control: Apollo 18’ escape room, participants walk into a replica of the original Apollo Mission Control Room where they must tackle a series of puzzles to launch Apollo 18.

The newly amplified Oasis also sets sail with the Royal Caribbean mobile app. Passengers can now check in for their cruise from their phone. On board capabilities include an easy-to-use digital stateroom key and in-app TV remote features, the ability to explore and plan daily activities and make dining, shore excursion and show reservations.