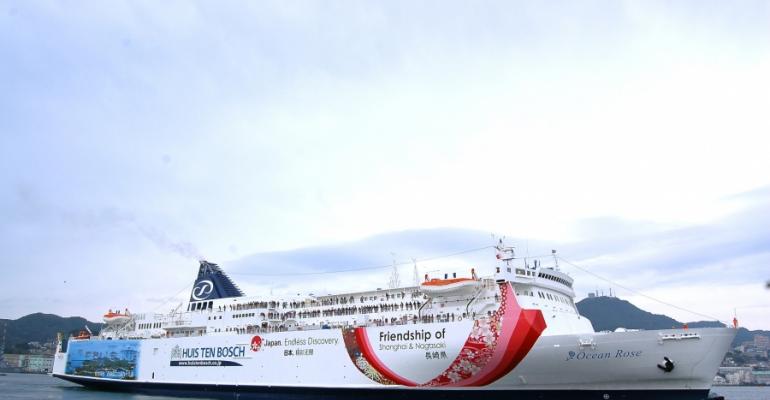 Somerset Asia has taken the ro-pax vessel on bareboat charter for three years, plus up to two additional years, and is the operator of the new venture due to commence sailing in Asia in April.

Somerset Asia has partnered with Grand Cruises Holdings Ltd., the marketing, leisure and entertainment provider of the 30,500gt vessel which, following a refit in China, will have 1,600-passenger capacity, up from 950.

The ship will cruise between Singapore and Malaysia.

Ocean Rose, owned by HTB Cruises, operated between Shanghai and Nagakashi from May to November. But due to the political unrest between China and Japan, this winter’s cruise program was cancelled prior to Somerset Asia undertaking to charter the ship and operate it from Singapore.

Ocean Grand is currently in Busan, South Korea, and delivery is scheduled for February 1, after which the ship will proceed to Guangzhou in China for drydock and renovation lasting one to two months.

The first cruise is due to depart Singapore on April 1.

Oceanic Group is the lead manager in the project to transform QE2 into a floating hotel and relocate the liner from Dubai to Asia, as reported here earlier.