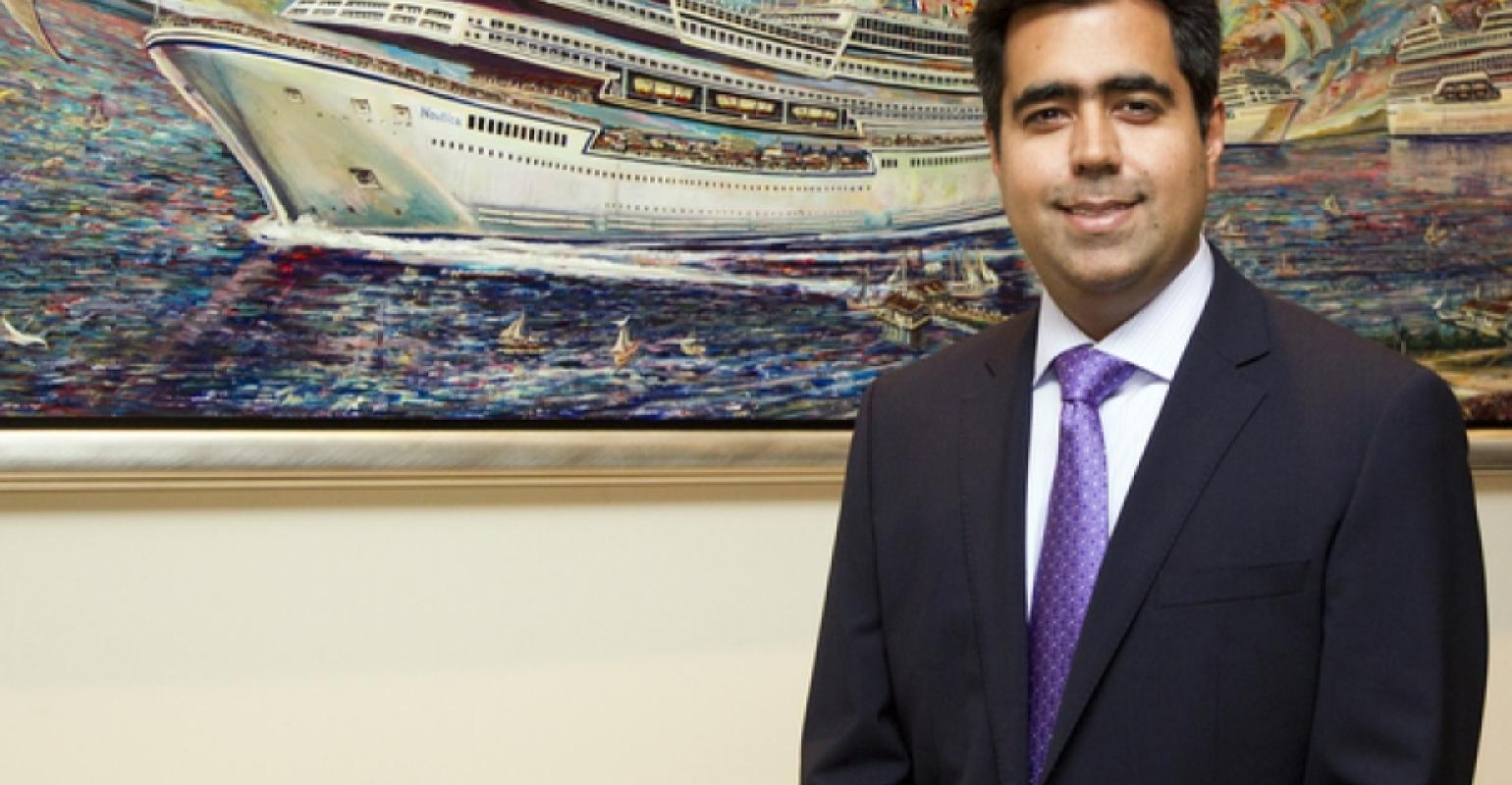 Kamlani - refurbishments an 'incredible undertaking' that will ensure consistency across the fleet (photo: ©Mauri Forsblom for Seatrade)

Oceania Cruises said Regatta, Insignia and Nautica will undergo a significant transformation starting early next year in the largest refurbishment program in the company's history.

The ships will receive a $50m upgrade in a six-week timeframe that includes the refurbishment of suites, staterooms and select public rooms, some in the colors and décor/style found on the new Marina and Riviera. The original ships' top accommodations, the Owner's and Vista suites, will receive new bathrooms including the addition of oversized showers and new vanities. Original artwork, consistant with the collection on Marina and Riviera, will be commissioned for all suites and staterooms.

The Terrace Café will also be completely refurbished including the addition of the latest grill allowing for grilled dinner specialties such as the lobster tails, steaks and lamb chops popular on board Marina and Riviera.

Oceania is also adding to Regatta, Insignia and Nautica the popular Baristas coffee bar found on its newest ships. Passengers can order complimentary gourmet and specialty illy coffees including espressos, cappuccinos and lattes as well as homemade croissants, biscotti and finger sandwiches throughout the day.

'This refurbishment program is an incredible undertaking but we are excited by the opportunity to bring some of the best features of our O-class ships to Regatta, Insignia and Nautica,' said Oceania president Kunal Kamlani. 'We will preserve the personality, elegance and comfort of these vessels while furnishing certain areas with the updated décor and amenities that are found on Marina and Riviera. This will ensure a consistent experience across the fleet that we know our guests will love and appreciate.'

Horizons, the observation lounge, will be refurbished with a new color scheme and décor. In addition, the company will completely enclose the ships' only indoor smoking area, located in Horizons, with glass and install an air filtration system.

The Grand Dining Room as well as Toscana, the line's Italian restaurant, will be expanded with more tables for two. Also, the ships’ show lounges will be refurbished, Martinis will be outfitted with new furniture and the Canyon Ranch SpaClub will receive new steam and changing rooms.

The drydocks are scheduled from April 24 to June 6, 2014, with Insignia and Nautica being refurbished in Marseilles and Regatta in Vancouver, BC.

The renovated Insignia will debut on May 8 in Barcelona for its seven-day 'Jewels of Europe' cruise. This will be Insignia's first cruise after its two-year charter to Hapag-Lloyd Cruises. Nautica will debut on May 16 in Civitavecchia for its 10-day 'Cliffs & Coves' cruise and Regatta on June 7 in Vancouver for a 10-day 'Majesty of Alaska' cruise.