Oliver Design's nautical metamorphosis of Lord of the Highlands 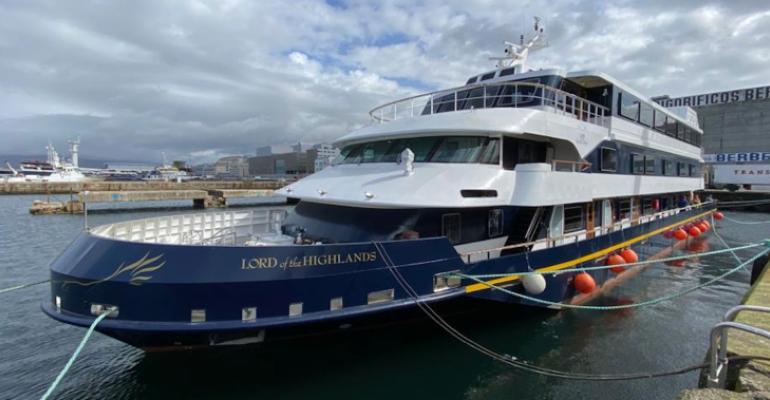 Hebridean Island Cruises’ new Lord of the Highlands is soon to sail from Vigo, bound for final destination Inverness, Scotland, having been completely remodelled and renovated by Spanish naval design and architecture firm Oliver Design.

The vessel is now 45mtr long with capacity for up to 50 guests. The project to convert the 400-seat passenger ferry designed to serve an eight-mile passage between the Turkish port of Çesme and the Greek island of Chios into a luxury cruise ship that will travel through the lochs of the Scottish Highlands and Orkney Islands has been a challenging journey.

The work not only tested Oliver Design’s expertise in undertaking radical remodelling of the ship, but also the firm's ability to successfully overcome the unforeseen brought about by the COVID-19 pandemic.

In March 2020, having already put 16 months' work into the transformation of the ship, the Spanish firm found itself facing an entirely unexpected setback when  the owner that had first commissioned the work pulled out of the deal and refused to accept handover of the vessel.

Oliver Design took ownership of the ship as payment for its services and after negotiations with several operators Oliver Design finally found a buyer.

Three metres have been added to the length and one metre to the beam as well as inserting extra ballast into the keel to provide greater stability and compensate for an extra deck.

Lord of the Highlands is an elegant four-deck cruise ship:

- Main deck: includes a suite at the bow and another seven twin-berthed cabins, four of which have direct access to an outside balcony. At the rear are the galley (with an elevator to the restaurant service area), the crew's mess, as well as on-deck emergency and life-saving equipment.

- Bridge Deck: with the bridge to the fore, this deck also houses the captain's cabin and another thirteen twin-berthed passenger cabins.

- Upper deck: the large picture window in the restaurant and lounge bar, together with an outdoor bow balcony, make this an ideal viewing point for passengers.

The interiors have been completely redistributed. The original vessel had two large lounges which have been converted into 22 cabins, a spacious lounge bar and a restaurant.  Other additions include the crew's quarters, galley and ship's store.

Design of the state rooms takes its inspiration from the luxury railway carriages of yesteryear with fine hardwood overlays, high quality upholstery in classic patterns, and carefully selected furniture, lighting features and accessories. All cabins have a full en-suite bathroom and individual climate control, thermal insulation and soundproofing, as well as a phone connection and satellite TV unit. 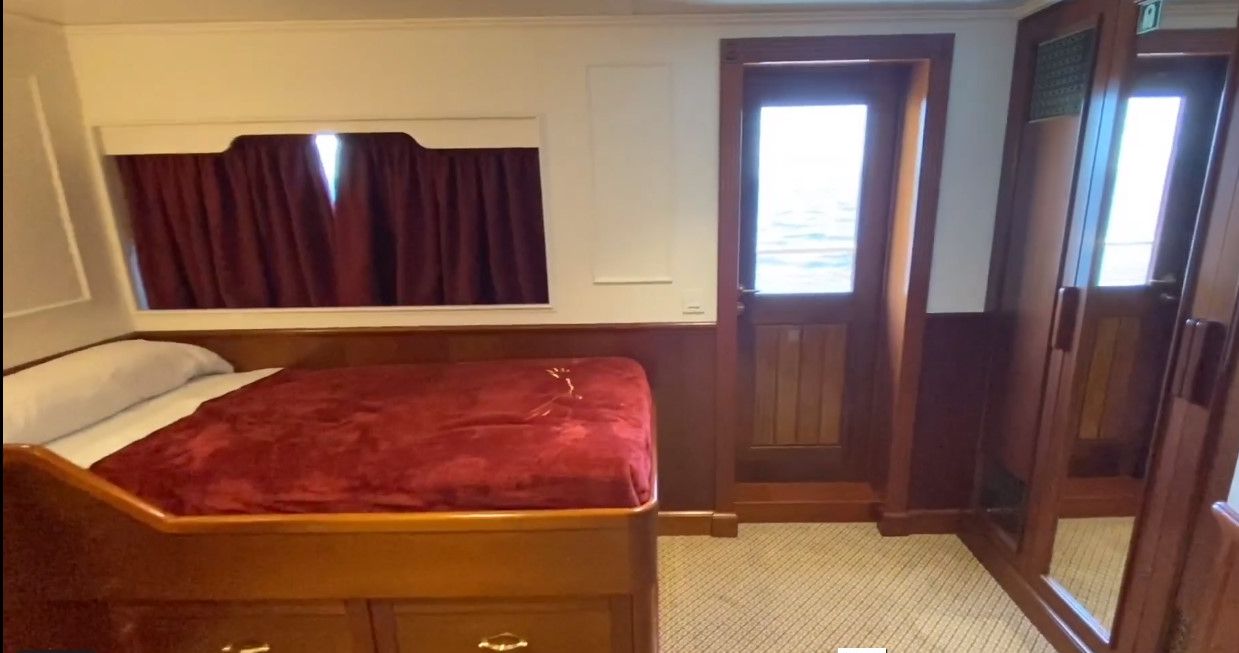 The three passenger decks are all named from the classic spy novel ‘The 39 Steps’, set in Scotland and the basis of Alfred Hitchcock’s 1935 thriller. The main deck is called John Buchan (after the author of the book); the bridge deck is Richard Hannay (the hero of the story); and the upper deck is the Tweedsmuir (the peerage awarded to Buchan by King George V).