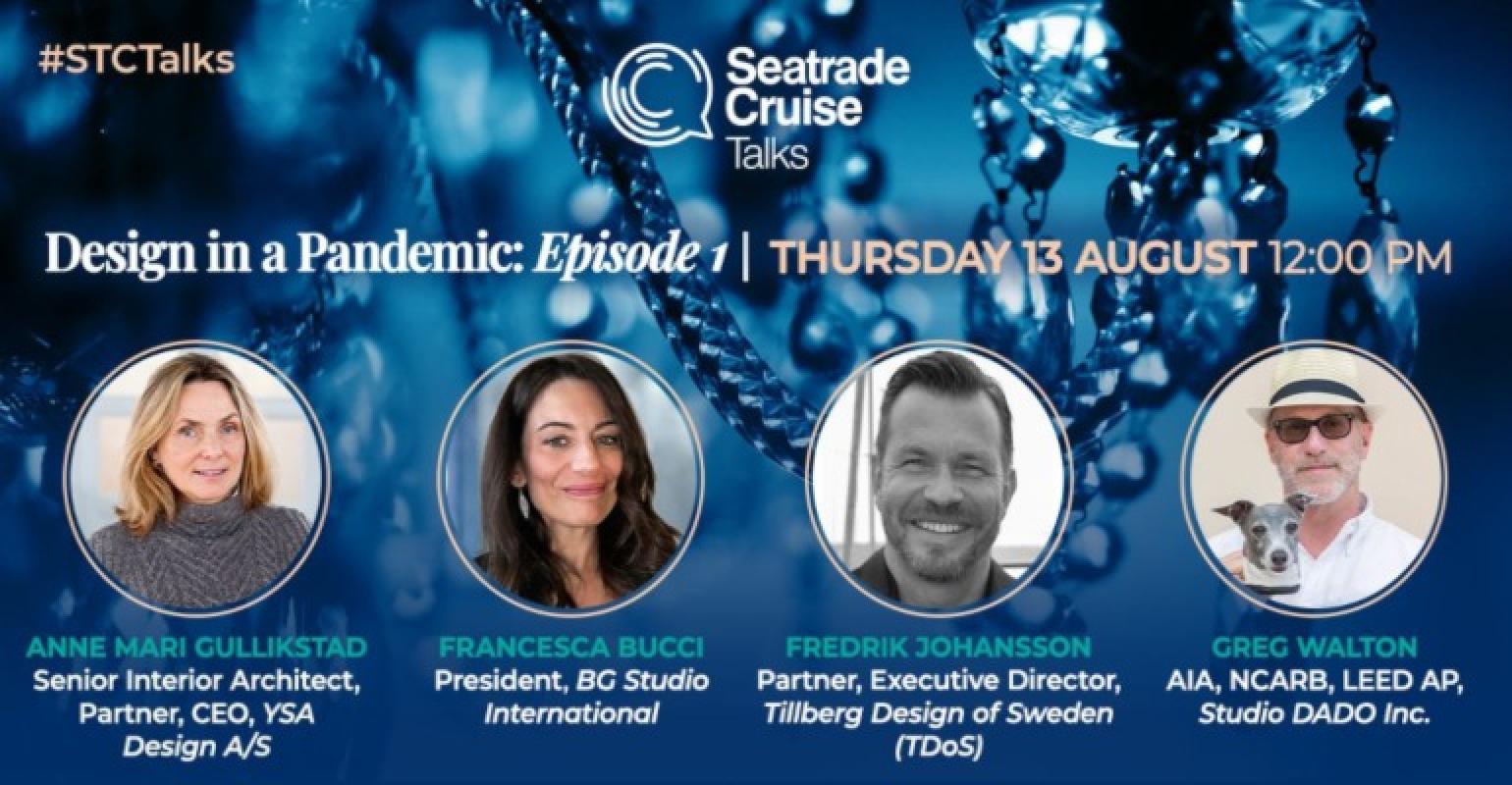 Antibacterial textiles and UVC technology were among the topics discussed

The comment was supported by Francesca Bucci, president, BG Studio International, who recommended the use of ‘personalised experiences’ and multifunctional spaces. ‘If I had a wish list, it would be to rethink some of those spaces that are traditionally indoor spaces — the theatres, dining rooms, exercise rooms. Can we turn these venues into more of an outdoor experience?’ she added.

The discussion took place during the first of two ‘Design in a Pandemic’ webinars, created as part of the Seatrade Cruise Talks series and moderated by Seatrade Cruise design ambassador Ayesha Khan.

Using diagrams and images to convey his ideas, Fredrik Johansson, partner and executive director, Tillberg Design of Sweden, described how reducing capacity in dining areas and effective signage may prevent close interactions in public spaces, in addition to reducing food wastage. He predicted that ‘the next generation of ships may ... be better designed for outbreaks,' which was reinforced by Greg Walton, founding partner, Studio DADO Inc., who added, ‘we may not see a lot of changes on existing fleets or on newbuilds that are under construction.’

Discussing fresh demand for textiles with antibacterial properties, Khan explained that ‘hard surfaces will be replacing carpets in certain places, maybe even in cabins’ which is ‘counterintuitive because when we design on a ship we are always considering the load … hard surfaces always weigh more and cost more.’

Walton urged a measured approach to adopting new technologies, rather than ‘just throwing technology at the wall and hoping it will stick’ and suggested that some designers may be waiting on the US Centers for Disease Control and Prevention and Royal Caribbean Cruises Ltd./Norwegian Cruise Line Holdings' Healthy Sail Panel for guidelines to determine ‘how we amend designs.’

Discussing the advantages and disadvantages of utilising UV-C technology, he said, ‘I see UV-C light as something that’s employed in the air filtration system and HVAC systems, so air is recirculated through [and] microbes are killed at that point.’

Bucci also described the BG Studio International’s land-based projects as a ‘silver lining’ in a climate of declining work for cruise lines.

‘COVID has galvanised certain thoughts we had in the backs of our minds [amid] working and travelling,’ Khan said.

‘I think COVID … has given us some time to pause,’ she added. ‘From chaos comes so much clarity.’