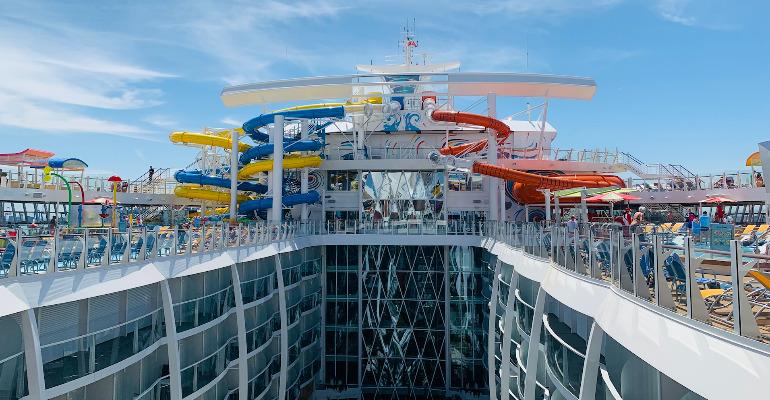 Waterslides which are a new addition to this Oasis class ship

Said Royal Caribbean Cruises’ VP EMEA Ben Bouldin regarding the 6,988-passenger Wonder of the Seas, ‘It’s hard to believe we've managed to create so many more features and design tweaks that have such a fundamental improvement on what was already a great product.’

Discussing the vessel’s design from onboard over the weekend, he said, ‘Windjammer [restaurant] is a real showstopper, but I think the overall redesign of the pool deck is really spectacular. It builds on some of the amplification work we’ve done on other ships like Navigator of the Seas and Freedom of the Seas and so forth - I think it really comes together on this ship.’

Bouldin went on to reveal ‘some hardware upgrades in terms of size of ships’ are due next year.

Royal Caribbean Cruise’s new VP EMEA Sean Treacy focussed on the new, eighth neighbourhood found exclusively on Wonder of the Seas as its highlight: the Suite Neighbourhood. He explained, ‘I love the new Suite Neighbourhood, particularly the sun deck and the pool. It's just such a private space for those who are willing to pay a premium. It's a new neighbourhood concept for the Oasis class and really takes what was an amazing suite class offering to the next level.’

It has what Royal Caribbean has called the 'grandest' Ultimate Family Suite yet, for a family of 10. 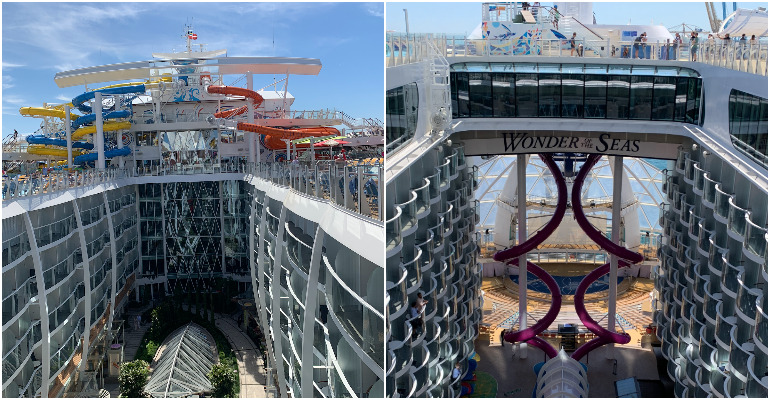 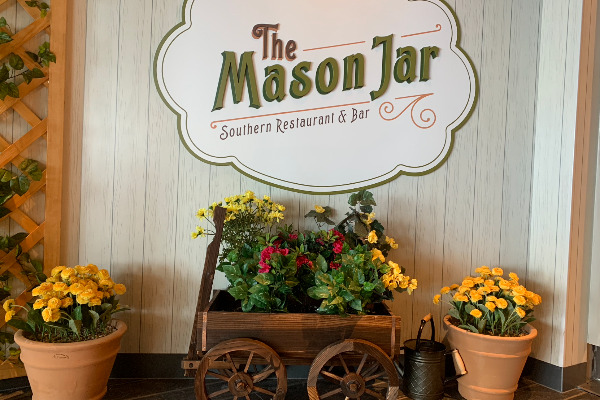 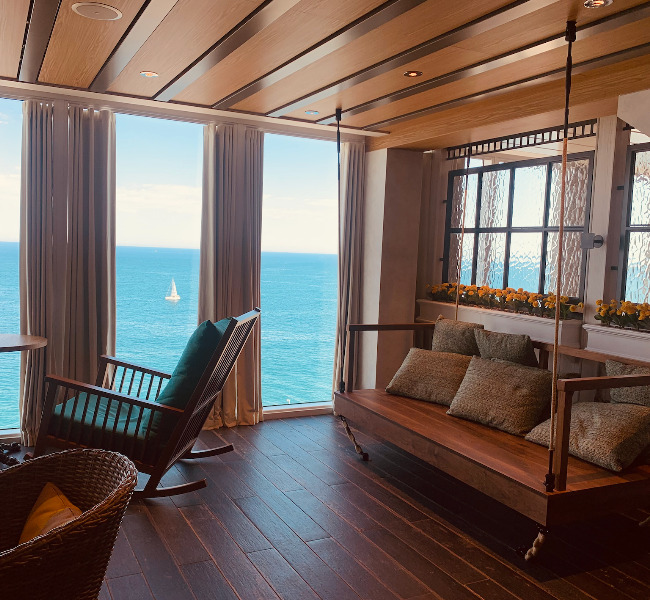 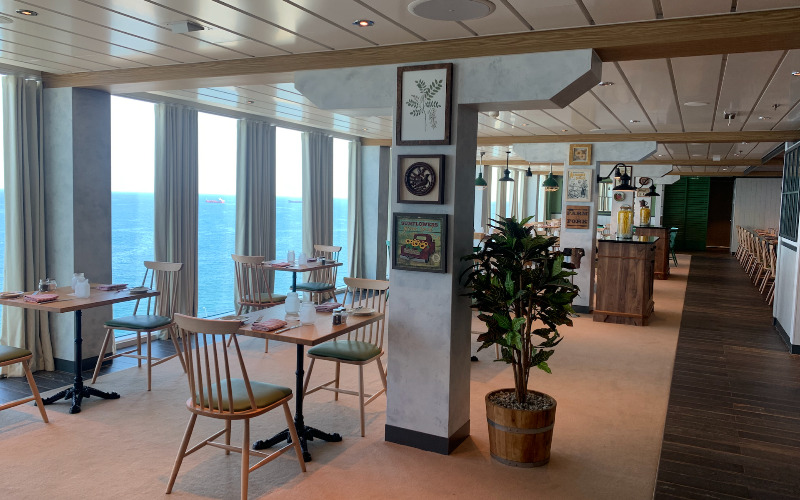 E-mustering is a further feature introduced to speed up the mustering process. Continued Treacy, ‘E-mustering ... changed the world for me. So even though we had stopped cruising, we were still innovating, still making improvements, still investing in the product — a lot of new changes such as e-mustering came out of the pandemic.’

Agents onboard were given a preview of the original ‘The Effectors’ theatre production which premiered onboard Odyssey of the Seas and involves the use of drones alongside musical numbers. A new version of the production, 'The Affecters II: Crash 'n' Burn,' is scheduled to launch in two months’ time onboard Wonder of the Seas. ‘When you go into the theatre it's a much wider, bigger stage allowing you to be more creative,’ explained Adam Sharpe, director of destination development, Royal Caribbean Group. ‘Ultimately, space gives you the ability to do incredible things with technology – with drones, virtual reality and beaming things onto the ice.’ 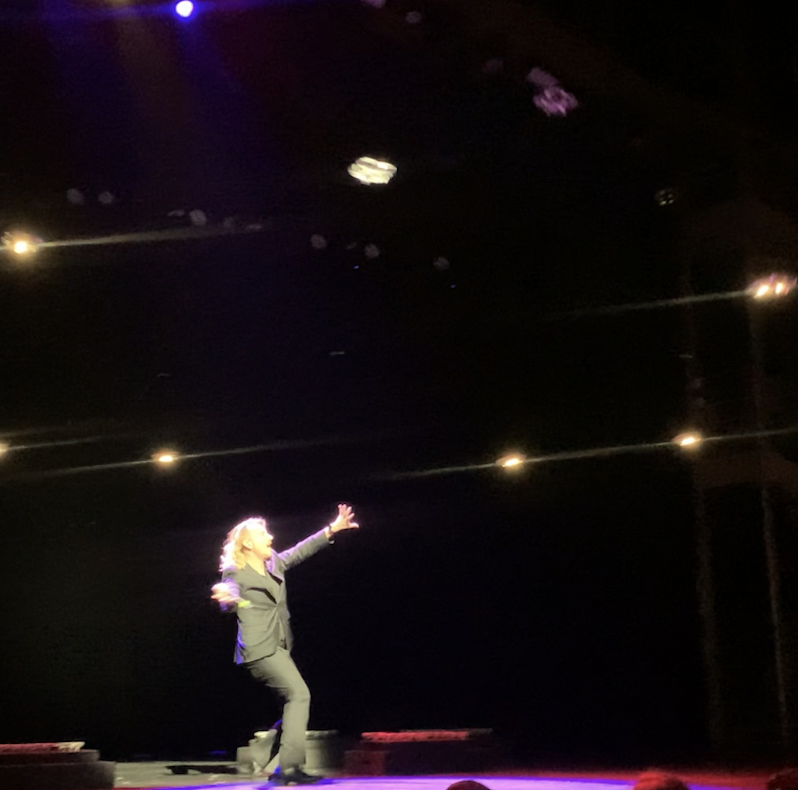 The vessel utilises state of the art equipment for maximum energy efficiency, with Treacy adding, ‘Every new class of ship is 20% more efficient than the last class and that's been a continued approach we've had for almost 30 years. A big part of it is how we can reduce the consumption of fuel.’

Wonder of the Seas’ hull has been fine-tuned to glide through water with minimal drag, with an air lubrication system using bubbles to reduce friction.

In addition, heat waste is captured and used to generate energy accounting for as much as 50% of the service load onboard.

Past Carnival ships star in Golden Jubilee bar on the new Celebration
Apr 29, 2022