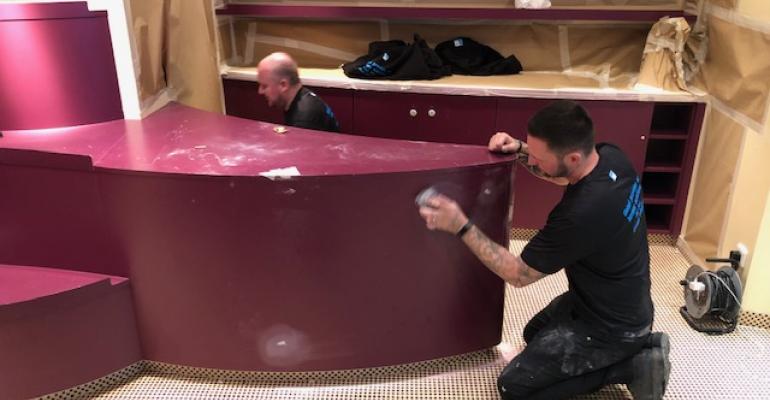 The 71,300gt AIDA Cruises’ ship, named in Hamburg in 2012, has undergone a series of repairs and renovations to its public areas, spa facilities and over 180 cabins.

The work was undertaken in dock in Marseilles and the ship will shortly sail to Palma where the SD team will depart following two weeks of repairs.

The project was headed up by director of marine services Gareth Preston, who said on its completion, ‘We’ve had six cosmetic repairs and French polishing specialists onboard carrying out renovations and spraying, including in the ship’s 2,300sq mtr spa.’

Crew areas on board Crystal Endeavor created by ALMACO
Oct 13, 2021

Celebrity Beyond to have Diageo mixologists, new-look Cyprus Restaurant
Sep 30, 2021