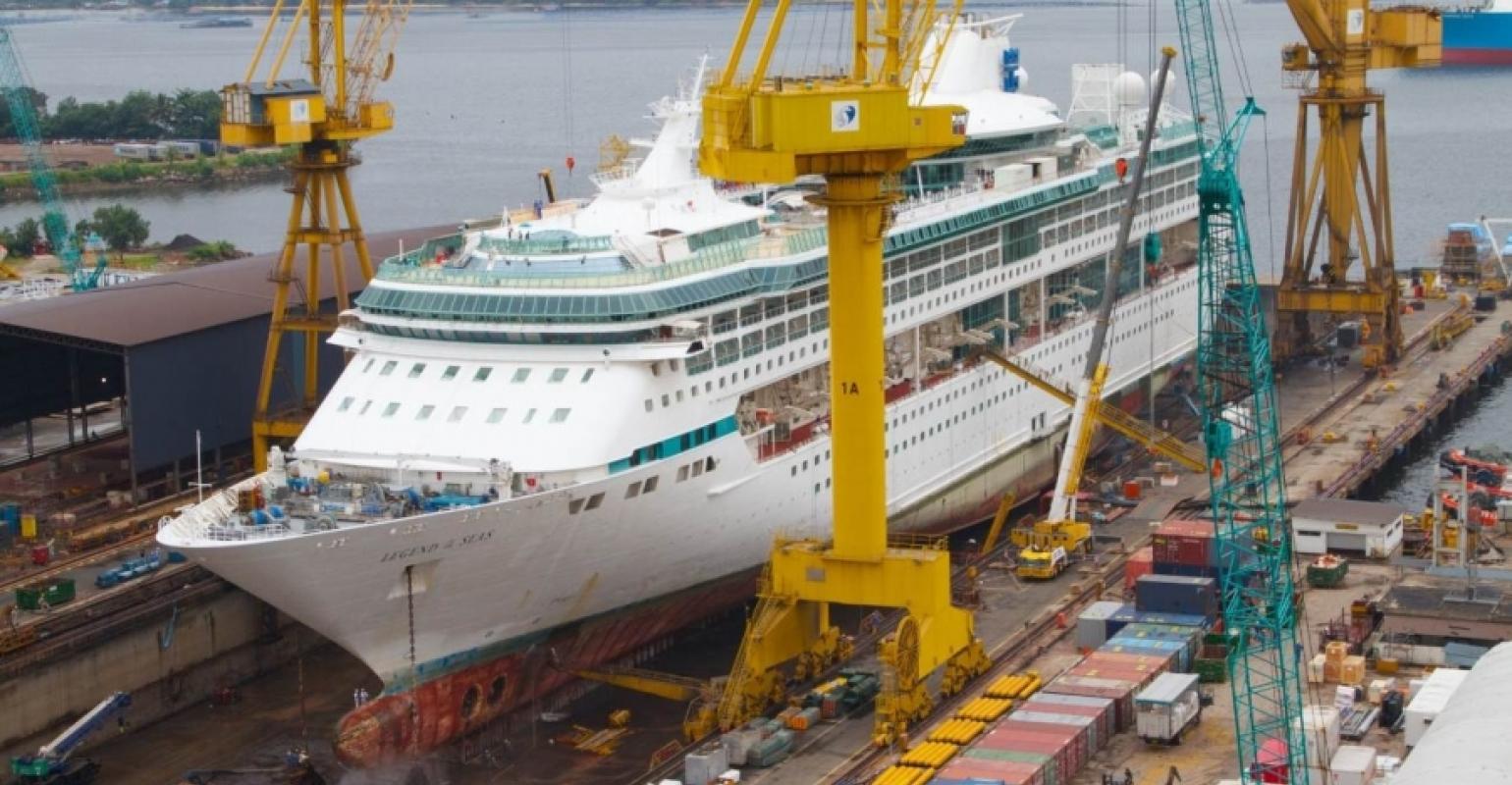 Currently in the dock - Legend of the Seas

Sembawang Shipyard ushered in 2013 with four cruise ship refurbishments in January. Another eight cruise ships have been secured for refits in 2013 with total estimated sales in the region of S$60m (US$49m).

The Singapore-based yard achieved a new milestone in its cruise ship refit track record by carrying out concurrent repairs, upgrading and modification to four cruise ships during the first two weeks of January. Currently undergoing major upgrading and revitalization works are Star Cruises’ Superstar Libra and Royal Caribbean International’s Legend of the Seas.

Azamara Journey, also part of the Royal Caribbean group, completed its regular docking and repairs in Sembawang, sailing on Jan. 13, and Henna, owned by HNA Group of China and managed by Star Cruises, completed its refit on Jan. 16.