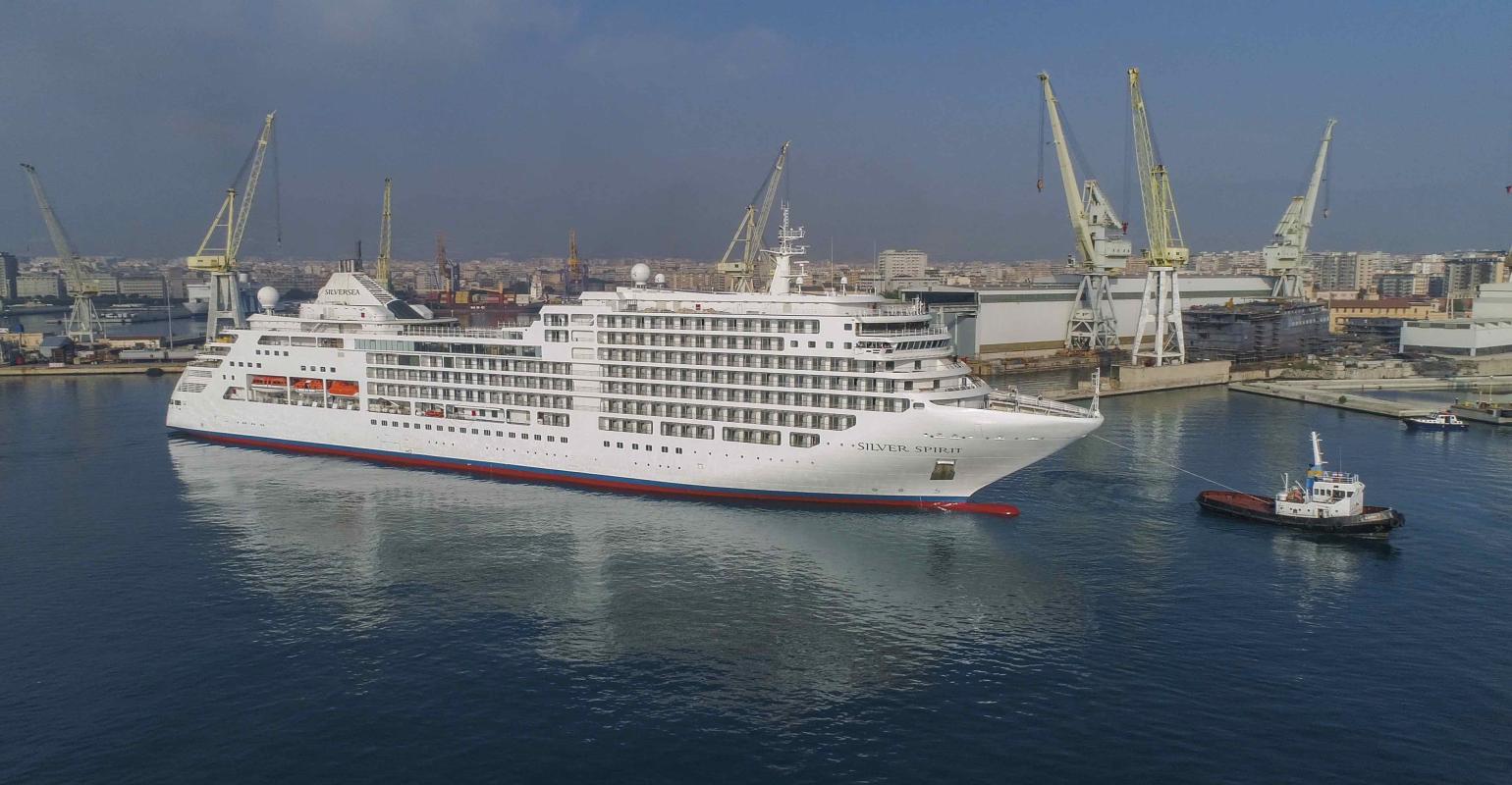 Silver Spirit embarked on its first cruise following a complex lengthening and refurbishment project completed at Fincantieri Shipyard in Palermo.

The 2009-built ship is now 49 feet longer, or just over 691 feet, having been cut in half and extended with a pre-built midsection.

Capacity was increased roughly 12%, to 609 passengers.

Silver Spirit’s 59-day dry dock period ran with precision and according to its schedule, with roughly 1,000 workers committing approximately 450,000 hours to the project.

'I appreciate the complexity of this feat of engineering,' Silversea Cruises chairman Manfredi Lefebvre d’Ovidio said. 'As such, I am extremely proud of the amazing job my team and Fincantieri have done. Our beloved Silver Spirit resumes service in a condition that is even more beautiful than before.'

Silver Spirit’s cruise from Civitavecchia to Barcelona is the first in a varied series of European voyages. In September, the ship will cross to North America for Canada/New England cruises. Caribbean service begins in November.

A video of the lengthening is available here.