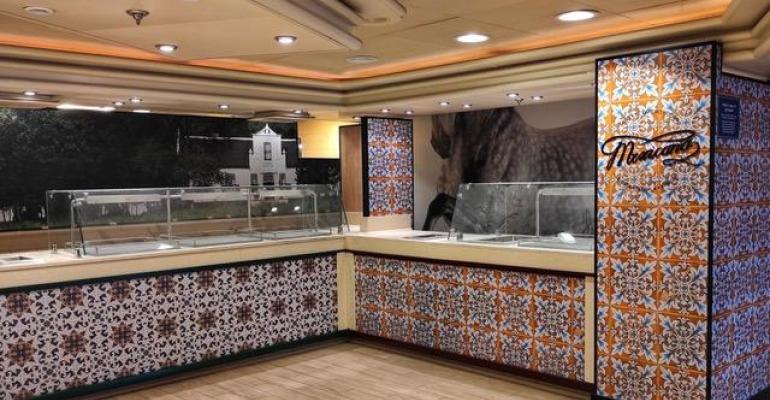 The Pantry has been fitted with protective glass screens

The project took place at the Sembcorp Marine Shipyard in Singapore.

This will be followed by work on Pacific Adventure, the former Golden Princess, which was also transferred to P&O Cruises Australia in October 2020.

Pacific Encounter, to be based at the A$177m Brisbane International Cruise Terminal, was fitted with new fixed furnishings, upholstery and floor and wall coverings. The ceilings were repainted.

The project involved 200 people from four continents and 50 containers of shipped materials.

A highlight of the makeover is the dining area called The Pantry, which has special catering fittings, including protective glass screens, LED lights and built-in heating lamps.

A spokesperson for De Wave Group, a global turnkey contractor based in Italy, said the company is looking forward to its future involvement with P&O Cruises Australia with work on the Pacific Adventure project later this year.