Trimline completes extensive refurb of Thomson Celebration on the move 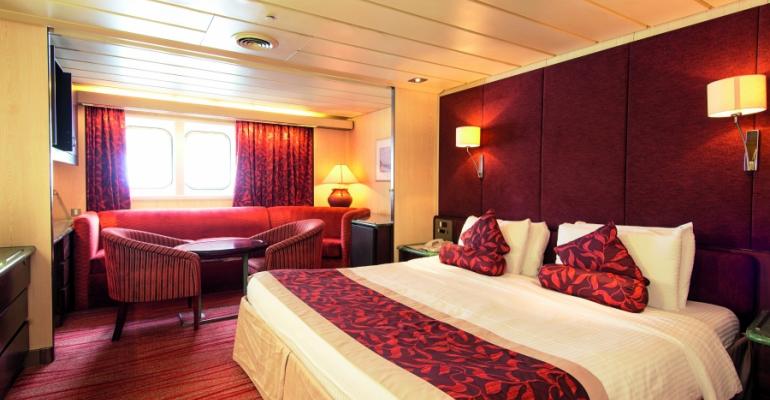 Undertaking the majority of the upgrade while the ship was at sea, Trimline worked around the 1,250 passengers and 520 crew to ensure the work was carried out with minimum disruption to the day-to-day operation of the vessel.

The Deluxe Cabin refurbishments required the installation of new sofa beds to maximise limited cabin space. 624 bathrooms were also upgraded with new tiling, fixtures and fittings from Grohe, and vanity units with Italian stone tops.  From November 2012 to May 2013, the team used 326 tonnes of materials.

John Westgarth-Pratt captain of Thomson Celebration, said: ‘Given the scope of work and the number of Trimline staff, the manner in which the team were managed throughout their stay on the vessel was a credit to the company. The communication and co-operation Trimline established with the ship’s company throughout the project was excellent. We look forward to working with Trimline on future projects.’

Undertaking the work while the ship was fully occupied and operational presented a challenging logistical refurbishment, limiting the nosiest work to periods when passengers were off the ship and carefully selecting material routes on-board to minimise the use of public areas. By working with the ships occupied cabin schedule, the team were able to work on deck without disruption to passengers and crew.

Simon Dawkins, contracts manager at Trimline, said: ‘We wanted to prove that large scale cabin refits do not have to be limited to docking periods. We faced a tough job whilst the ship was full of passengers, but the workforce almost became part of the crew. They spent so long onboard, sharing mess rooms and crew areas, that they developed a very good working relationship.’

Gary Oliver, managing director of Trimline, commented: ‘Again this project demonstrates that with good communication between all stakeholders, large scale accommodation refurbishments can be undertaken successfully on the run whilst in service, instead of having to wait for sometimes years between dry dockings.’