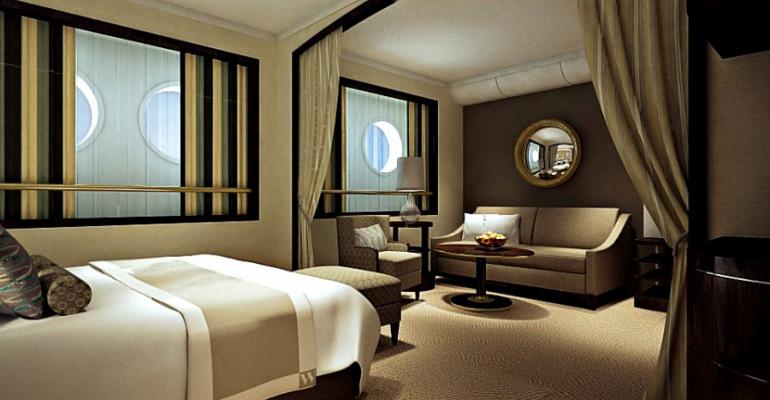 Southampton-based marine outfitter Trimline won a design and build upgrade on Windstar Cruises’ Wind Surf and has been asked to conduct design work for planned refits to Wind Star and Wind Spirit in 2012.

The initial programme will entail an extensive revamp of 150 cabins during Wind Surf’s two-week refit in Lisbon in November. Up to 100 Trimline personnel will be working on board before the vessel sets sail for a winter itinerary in the Caribbean. A second refit in a year’s time will include a major refurbishment of the public rooms.

In addition, Trimline is carrying out initial design process work for the two smaller yachts in the Windstar fleet, Wind Star and Wind Spirit, prior to refits next year. The projects require a total refurbishment of the public rooms and cabins, with the work to be undertaken as the vessels sail to Europe from the Caribbean next spring.

Trimline has engaged McVitty Interior Consultants as its design partner for the multimillion-pound task.

A significant part of the preparation work for the Wind Surf project is already under way at Trimline’s joinery and soft furnishing factories in Southampton, where some of the cabin furniture and furnishing requirements are being manufactured. Once complete, the fittings will be dispatched to Lisbon ready for the refit.

The 660ft long Wind Surf is the biggest of the three yachts in the Seattle-based Windstar fleet.

Trimline will refit 156 staterooms and suites, fitting new curtains, valances, cushions, sofa beds, chairs and tables. Each cabin will also get new carpets and wall coverings, with electrical upgrades a further part of the refurbishment.

Sales and marketing director Mike Oliver explained: 'This work was won against intense international competition from the US and Europe. Phase one of the Wind Surf project will be the first part of a five-star revamp of the vessel and represents major investment by Windstar and their new owners Xanterra Parks and Resorts.'