Voyager of the Seas in line for $97m amp-up 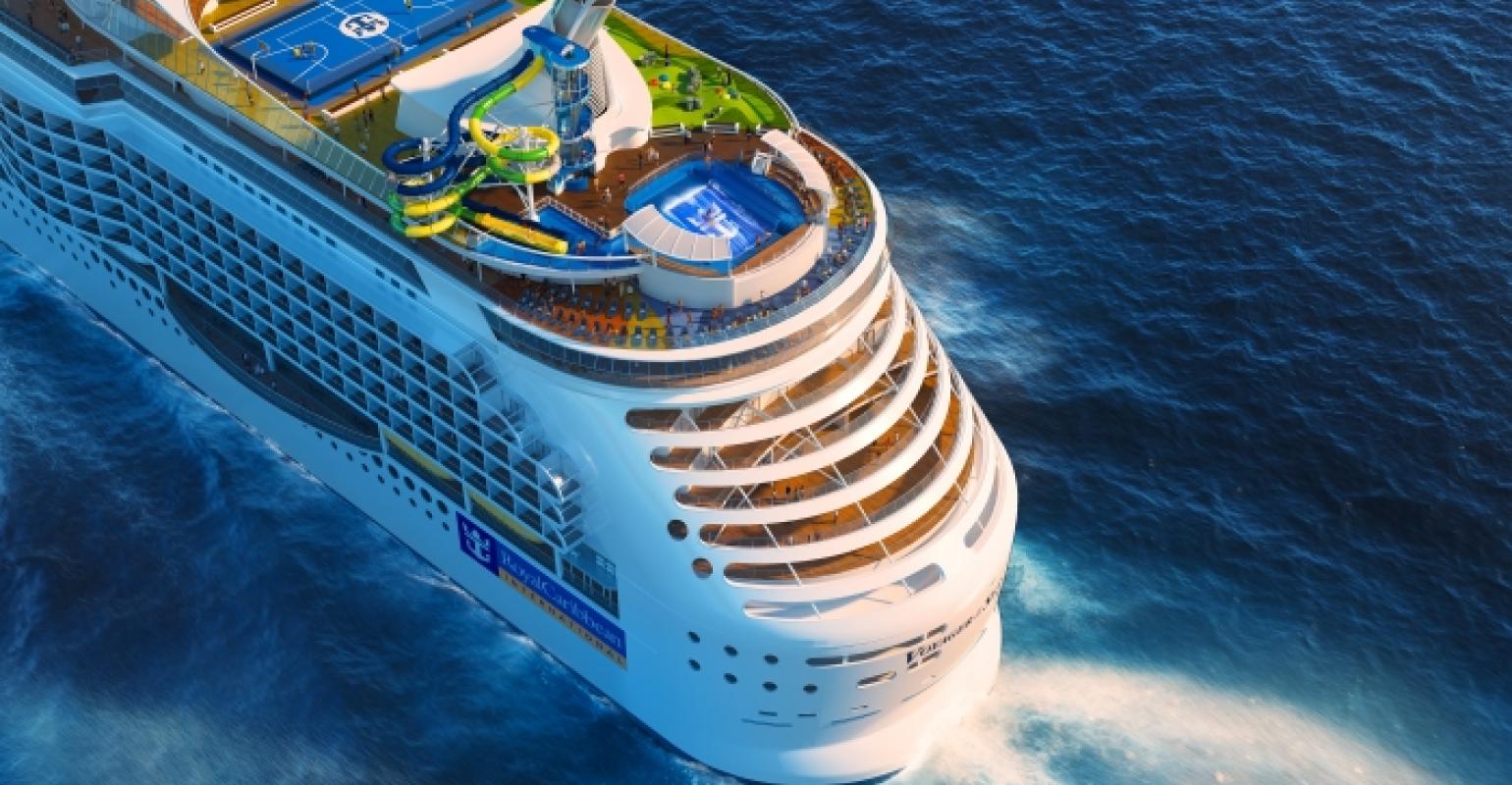 Voyager of the Seas will have new top-deck thrills like The Perfect Storm waterslides duo, Typhoon and Cyclone
Royal Caribbean International revealed a $97m new look and new features for the South Pacific region's debut 'Royal Amplified' ship. Voyager of the Seas will be getting The Perfect Storm duo of racer waterslides, reinvigorated Vitality Spa, redesigned youth spaces and 72 more staterooms.

Beginning Oct. 21, the newly transformed ship will sail a series of three- to five-night Southeast Asia itineraries from Singapore, followed by a season Down Under with nine- to 12-night South Pacific cruises from Sydney starting Nov. 30.

Voyager of the Seas will be equipped with newly added Royal Caribbean hits never before seen in the South Pacific. The Perfect Storm waterslides duo, Typhoon and Cyclone, will raise the stakes with three stories of heart-pumping twists and turns. These join returning favorites, including the FlowRider surf simulator, rock-climbing wall and mini-golf.

More spaces for families and kids are being added.

Battle for Planet Z laser tag has quickly become a staple on Royal Caribbean ships. The glow-in-the-dark adventure in Studio B takes place in a universe of the distant future as two groups of thrill seekers — aliens and robots — go head to head to claim the last planet of a far-flung galaxy.

Youngsters, from babies to teens, get a top-to-bottom redesign of their dedicated spaces. A fresh take on Adventure Ocean, for kids 3 to 12, brings a modern, free-play approach to a new, open layout. A first on Voyager, a nursery for babies and tots will open its doors, while 3- to 5-year-olds can dive into the excitement in an area created just for them. Teens are in for an exclusive, updated hangout with the addition of a laidback outdoor deck.

Enhanced and relocated to the aft of the ship, Vitality Spa and Fitness Center will offer its extensive menu of services, including massages, acupuncture, manicures, fitness classes and personal training. The Solarium will be refreshed for all-day, adults-only tranquil vibes.

More highlights to make their way to Voyager include 72 new inside and balcony staterooms, a Suite Lounge and outdoor area exclusively for guests in Grand Suites and above and the Diamond Lounge for Crown & Anchor Society loyalty members.

The reimagined ship will also feature the new Royal Caribbean mobile app. Travelers can soon check in for their cruise using their phone, and once on board, the app will deliver an array of capabilities. These include exploring and planning daily activities viewing on-board expenses and booking dining, shore excursions and shows.

Voyager will be the fourth ship reimagined as part of the Royal Amplified fleet modernization effort, a more than $1bn investment spanning 10 ships in four years.