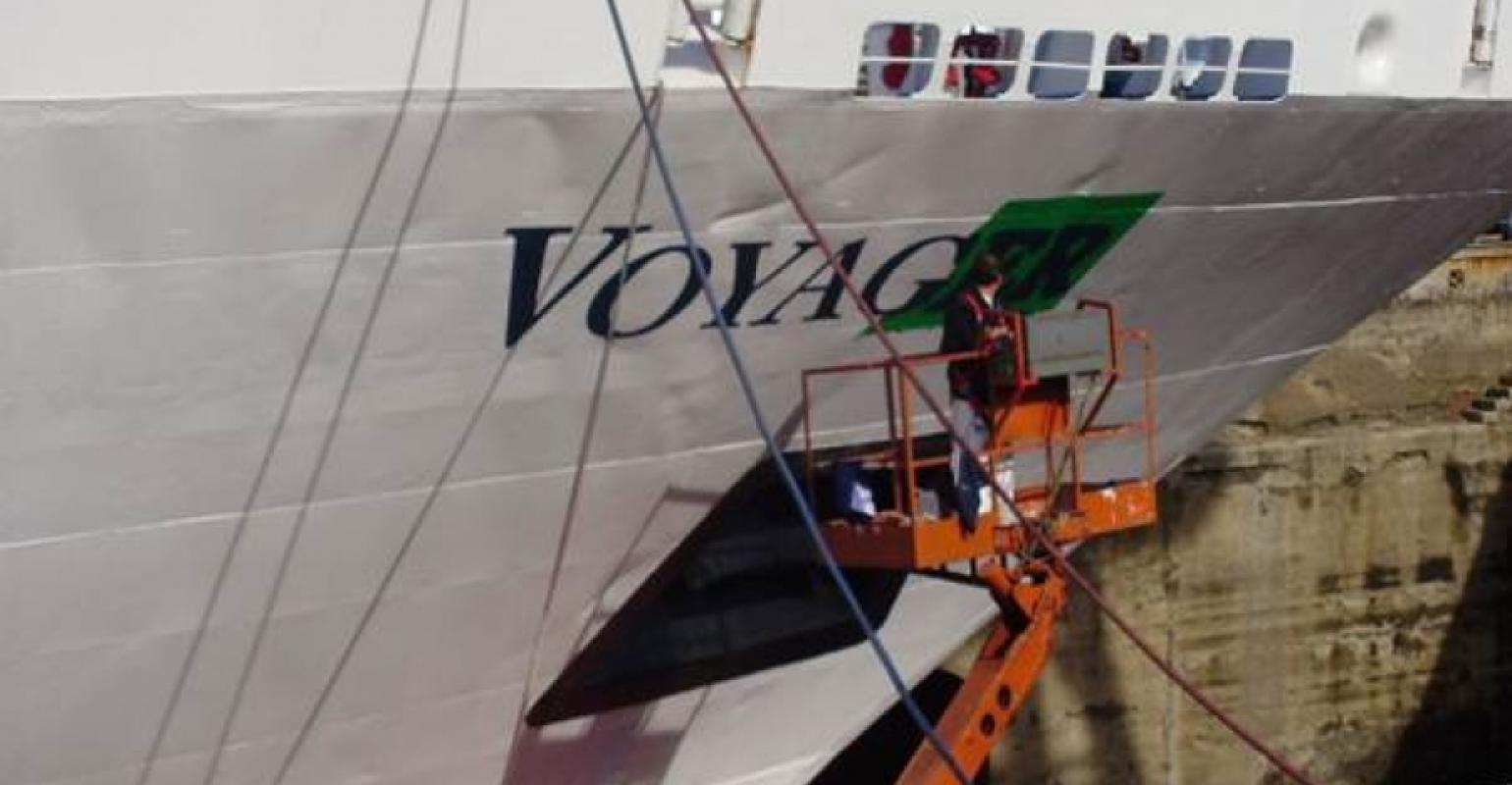 Voyager's name painted on bow ahead of refit

Voyages of Discovery’s new ship Voyager has had its bow painted ahead of the launch in December. The ship will be entering a month long refit in Portland, UK from November.

Key new additions to Voyager will include the introduction of an explorer theme to whole ship, the new Scott’s Lounge and speciality restaurant, the Explorer Club.

Voyager, the former Alexander von Humboldt, was purchased by Voyages of Discovery in 2009 but has been chartered out until now.