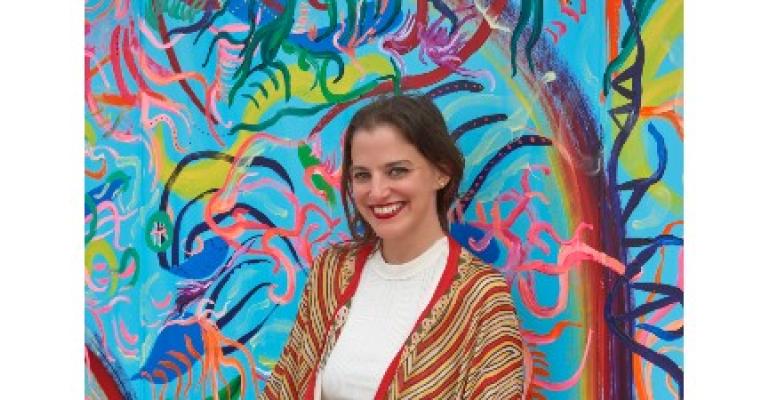 The suites are inspired by The Broadmoor and Sea Island, Forbes five-star sister companies of Windstar, and will be rolled out to the line's two other Star Plus Class yachts: Star Breeze in the spring and Star Pride in 2024.

The new mural from Miami-based artist Alex Nuñez is the third and final to be added on the Star Plus Class yachts as part of a collaboration with Fountainhead Arts to bring new works to sea.

Star Legend's two classic suites on Deck 5 forward were transformed into The Broadmoor Suite and The Sea Island Suite. The Broadmoor, located in Colorado Springs, is known for its European elegance paired with Western charm. Sea Island, situated on the Georgia coast, exudes Southern charm. 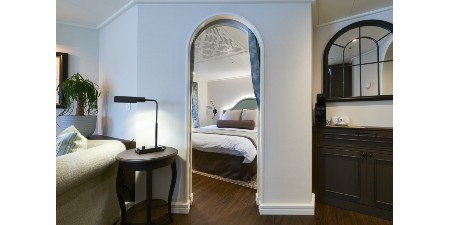 'Unlike hotel brands that have begun offering yacht-style cruises, this is a unique example of a cruise line bringing a separate land-based experience to sea,' Windstar President Christopher Prelog said. 'It connects and cross-sells a diverse and seemingly unrelated set of travel experiences that have shared ownership.'

For the walls, Windstar designed custom coverings on International Maritime Organization-certified paper. In The Broadmoor Suite the bedroom and walk-in closet are adorned by an exact replica of the wallpaper used at The Broadmoor Main Building designed by Julie Penrose, wife of resort founder Spencer. 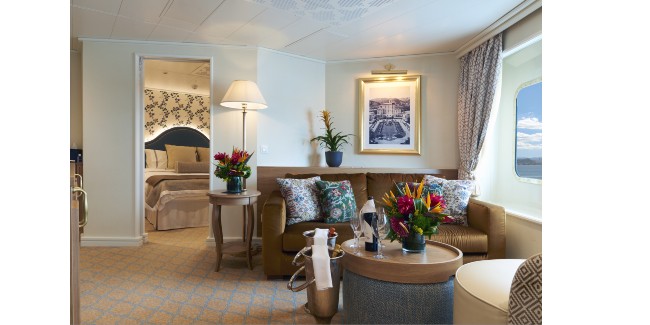 'Her initials are actually part of the wallpaper design, and it’s a strong statement piece from the resort that anyone who has visited will instantly recognize,' Prelog said. 'It’s sweet to think that Julie’s love for travel inspired and influenced the décor of the Broadmoor, and now her custom wallpaper will sail around the world on Windstar Cruises.'

Alex Nuñez traveled aboard Star Legend from Lisbon to Miami to create the new mural. Titled 'First Light,' it is inspired by the artist waking up to the sun rising at sea and depicting the marine life thriving beneath the waves.

Nuñez is a Cuban-American mixed media painter from Miami whose work alternates between the floor and the wall. Using spontaneous mark-making and bold splashes of color, she layers acrylic paint, glitter, crystals, ink and collaged imagery. Earlier Windstar mural installations include works from artist Magnus Sodamin on Star Pride, and we are nice’n easy on Star Breeze.

All muralists were selected by Fountainhead Arts, a Miami-based arts organization dedicated to elevating and supporting artists.