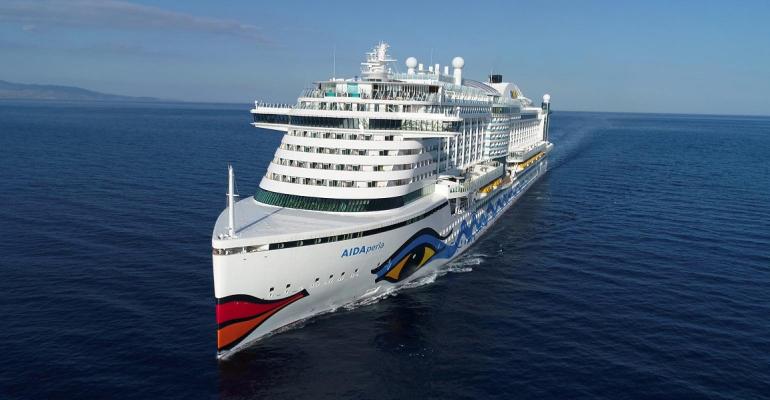 The restart of Canary Islands cruises on AIDAperla, pictured here, and AIDAmar is delayed
The extension of Germany's lockdown until at least Jan. 31 led AIDA Cruises to delay the restart of its Canary Islands voyages. Other programs are impacted by destination restrictions.

AIDAperla and AIDAmar's weekly Canary Islands cruises are suspended through the end of February.

For all the other countries in AIDA's winter program, cruise ships are not permitted until further notice. This forced the cancellation of AIDAprima cruises to the Orient, including the repositioning voyage from Dubai back to Palma de Mallorca.

AIDA said it hopes to be able to resume sailing March 6.

The first Mediterranean voyage of AIDAstella and a Northern Europe cruise on AIDAsol are now planned for March 6.

The repositioning of AIDAsol from Palma to Hamburg on Feb. 19 is canceled, along with Norway cruises on AIDAcara and AIDAaura between Feb. 20 up to and including the April 3 sailing of AIDAcara and the March 27 voyage of AIDAaura.

Impacted travelers are being notified and will be reimbursed or offered rebooking options.