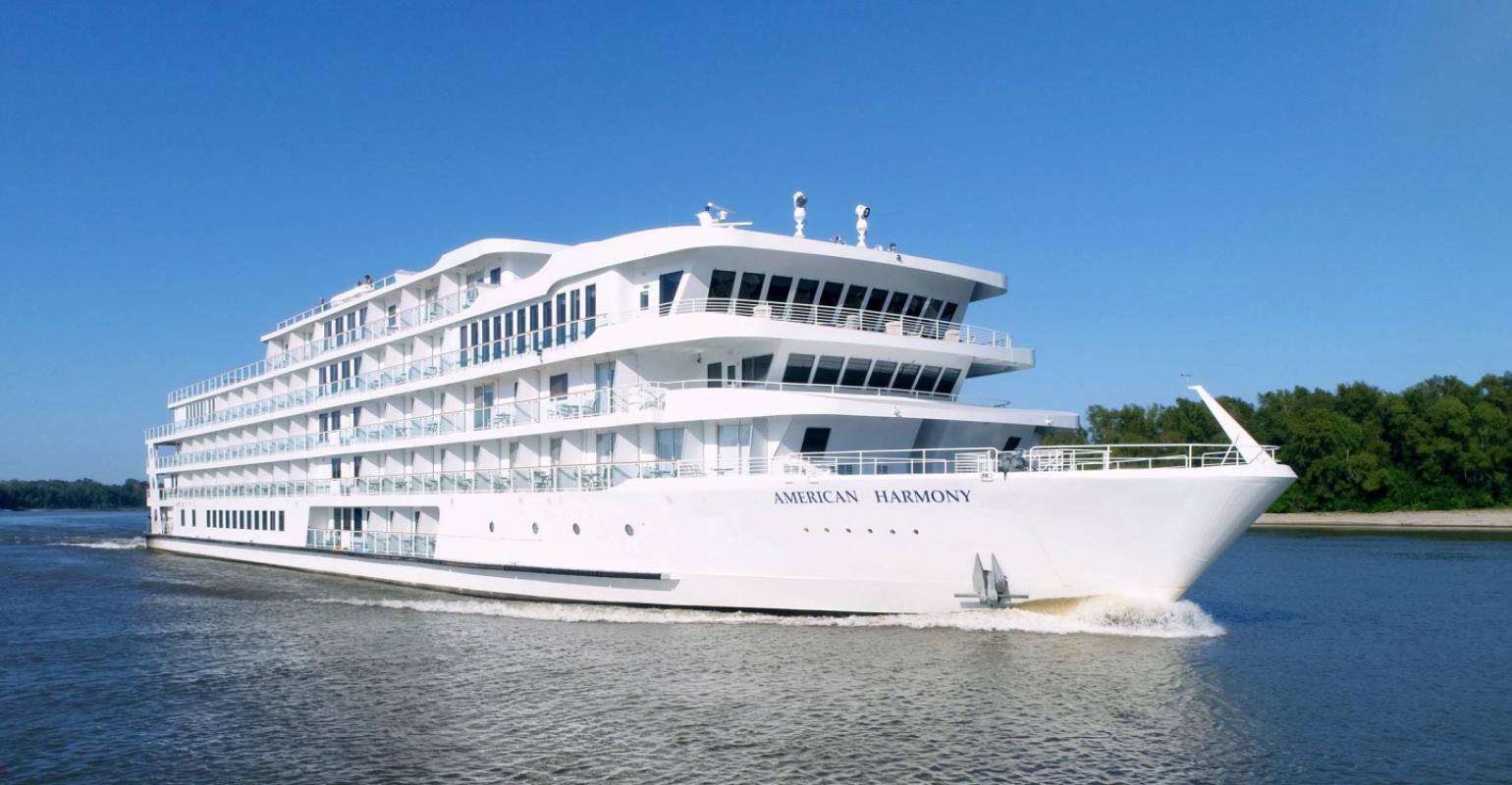 American Harmony joined three other American vessels in Astoria, Oregon, where they're readying for the 2021 season
American Cruise Lines is positioning six vessels in the Pacific Northwest for 2021, with four of them operating on the Columbia and Snake rivers.

American Harmony, one of the line’s modern-style riverboats, completed its journey from the US East Coast to the Pacific Northwest via the Panama Canal.

Upon arrival in Astoria, Oregon, American Harmony joined modern series sister American Song, along with two of the line’s classic paddlewheelers, American Pride and Queen of the West. All four riverboats will remain in Astoria to complete final preparations for the 2021 season.

American’s cruises on the Columbia and Snake rivers explore from the mouth of the Pacific in Astoria to the country’s deepest canyon in Clarkston, Washington. 2021 cruises include a new selection of active excursions and on-board inclusions, from wine tastings to evening entertainment.

The line plans to debut its fifth modern riverboat and 14th vessel in early 2022, following the 2021 debuts of American Jazz and American Melody on the Mississippi.