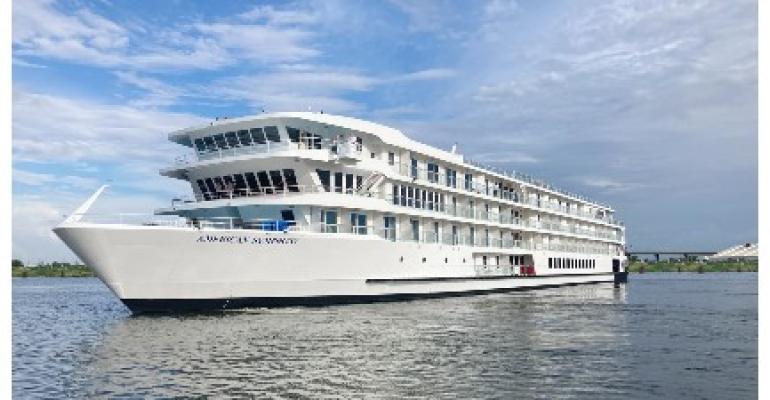 The new American Symphony began sailing the Upper Mississippi River for the first time this week.

After departing St. Louis on Friday, the vessel is scheduled to call Hannibal, Missouri on Saturday, Fort Madison, Iowa, on Sunday, then Davenport and Dubuque, Iowa; Winona, Minnesota; and arriving at Red Wing (for St. Paul) Sept. 30.

American Cruise Lines has been plying the Mississippi for more than a decade and has specialized in US cruising for over 30 years. As the largest US cruise line, it will have 17 small ships and riverboats exploring 34 states in 2023.

The 175-passenger American Symphony is the company's fifth new modern riverboat launched on the Mississippi in four years.

American regularly offers more than 10 different Mississippi itineraries which include stops along the Ohio and Cumberland rivers. Upper Mississippi ports and towns are visited an average of 28 times each per season.

'We remain committed to introducing new small riverboats each year which enables us to deliver personalized all-American river cruises along the country’s most iconic river,' said Charles B. Robertson, president & CEO of American Cruise Lines.

All its vessels carry fewer than 190 passengers, which American said is especially important to the experience they deliver on the Mississippi.

A big competitor — the 386-passenger Viking Mississippi, Viking's first foray into the US rivers — is just now entering service.

'We have many new luxurious riverboats and a record number of guests who are excited to explore the Mississippi River with us,' said Frank Klipsch, director of city partnerships & special projects, American Cruise Lines.

He attributed the demand 'in large part to the beautiful new riverboats, but also to the long-established relationships American Cruise Lines has with the ports and towns along the entire river. These relationships help us to consistently deliver authentic American experiences, which are curated and led by local experts, guides and community members whom we have worked with for many years.'