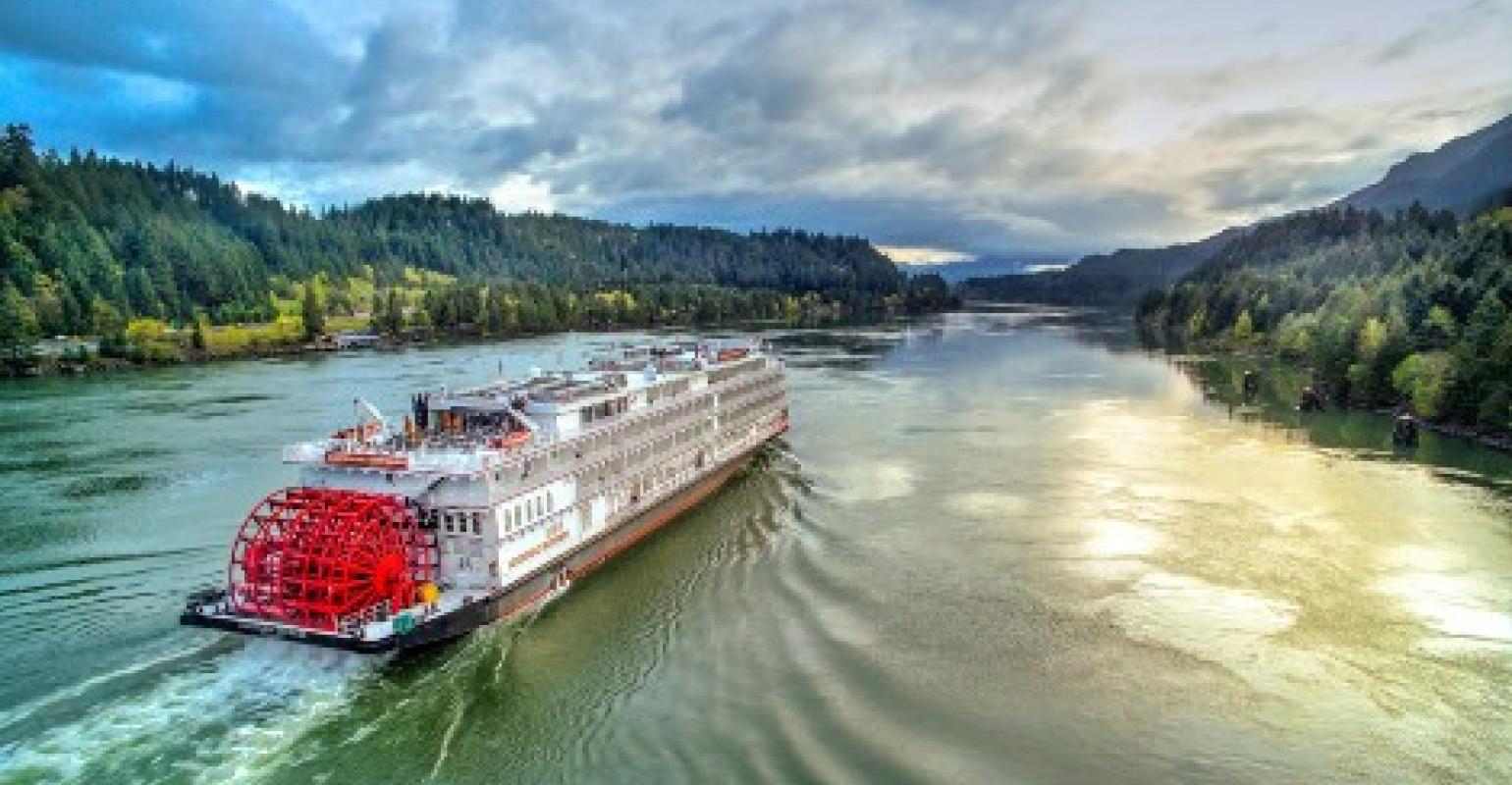 This also marks the first overnight river cruise in the US with 100% COVID-19-vaccinated passengers and crew.

American Empress, which hasn't sailed in 20 months, emerged from its lay up at Sun Dial Marine in Troutdale, Oregon, where the vessel spends its normal November to March off-season.

Even with full vaccination, a PCR test before embarkation

The paddlewheeler's Pacific Northwest cruises traverse Washington and Oregon, and even with AQSC's full vaccination mandate, Washington still requires a PCR test prior to embarkation — which has been AQSC's practice in the heartland where it's sailed since March.

Embarking today at Clarkson in eastern Washington for a westbound voyage to Vancouver, Washington, across the river from Portland, Oregon, American Empress will be carrying no more than 166 passengers initially. It's currently certified for 215 passengers (249 souls, with crew), and Bierdz AQSC will be talking with the Centers for Disease Control and Prevention this week about going up to 200.

'We're sold out so we're anxious to have more capacity,' he said.

'Very normal look and feel' on board

Under the CDC's guidelines for fully vaccinated travelers on vessels with at least 95% vaccinated passengers/crew, masks and social distancing are not required.

That means 'Other than the reduced capacity, it will be a very normal look and feel on board,' Bierdz said. 'There are some privileges with being vaccinated.'

For fully vaccinated ships, buffets are OK by the CDC, too, but American Empress is not going to have a self-serve buffet. The vessel had very limited buffet-style dining prior to the pandemic, anyway. And in its top deck alternative River Grill venue, servers will provide buffet items to diners' tables.

Travelers have to mask up when going on motor coaches for excursions, and will need to follow each destination and venue's rules. Bierdz said it's been a little challenging to get space for premium tours like Mount Hood and Multnomah Falls because of local capacity restrictions but generally there's plenty of content for the line's included hop-on, hop-off tours.

American Empress embarks today at Clarkston, Washington, for a westward voyage to Vancouver, Washington, across the river from Portland, Oregon.

Clarkston offers a 'rich history with the Lewis and Clark and the Nez Perce and is the gateway to Hells Canyon,' said Michelle Peters, president, Visit Lewis Clark Valley.

'The river cruises are important for the economic impact in our community but also the historic significance of the paddlewheelers coming here to the furthest inland seaport in the West,' Peters said, noting that in times past, cargo was shipped in by steamboat from Astoria, Oregon, on the Pacific Coast. (Astoria is a stop for American Empress, too.)

AQSC passengers embarking at Clarkston on the Snake River arrive after a pre-cruise overnight at the historic Davenport hotel in Spokane, two hours away by motor coach. Those ending their cruise at Clarkston stay on board overnight and explore via hop-on, hop-off tours or trek into Hells Canyon by jet boat. This five-hour adventure leaving from the Clarkston waterfront goes into North America's deepest river gorge, deeper than the Grand Canyon, and so remote it can't be easily reached overland.

A new company, Nez Perce Tourism founded by local resident Stacia Morfin, presents members of the Nez Perce tribe telling their own story through song and dance. Programs can be created for delivery on riverboats, at Nez Perce National Historical Park and aboard Hells Canyon jet boat tours.

'Restaurants, coffee shops, boutiques and tasting rooms appreciate the visitors that come from American Empress,' according to Erica Lindemann. director of marketing, Visit Vancouver USA, who said passengers like to explore downtown on foot. Those who embark at Vancouver get an included pre-cruise hotel night at the Hilton across from Esther Short Park.

Fort Vancouver National Historic Site preserves a frontier fur trading post of the Hudson's Bay Company and the US Army's Vancouver Barracks, while the adjacent Officers Row consists of restored 19th-century homes that housed the brass including several famous generals who stationed at the Barracks.

In 2017, American Empress was awarded Vancouver's Spirit of Tourism Award 'signifying the importance we see the Empress serving,' Lindemann said.

AQSC's fleetwide vaccination mandate kicks in July 1. Meanwhile, since March 15, the company has sailed 25 cruises in the heartland on American Duchess and the new American Countess with no COVID-19 cases. Bierdz said one person found positive in the pre-embarkation PCR testing was denied boarding.

Sky Princess arrives at Port of Southampton ahead of UK summer sailings
Jul 23, 2021