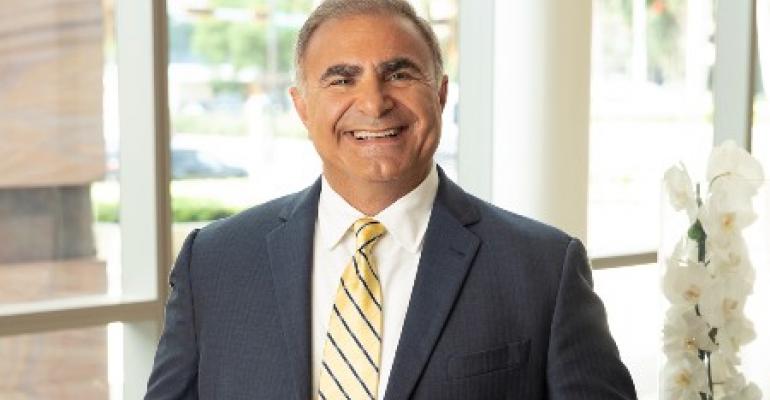 'We still consider ourselves highly inclusive for the on-ship experience; it's only the off-ship — air and tours — that is changing,' Alberto Aliberti said

Atlas Ocean Voyages will take World Navigator out of service for a month, delay its second and third ships and is revising pricing.

When World Navigator completes its Antarctica season on March 22, the ship will deadhead back to Europe and resume service April 24 in Lisbon.

World Traveller, planned to debut in the Mediterranean July, will instead enter service in November in Antarctica. And World Seeker, which had been scheduled for late 2022, will now begin cruising in May 2023. (Two other ships, World Adventurer and World Discoverer, are due by 2024.)

'There is too much [consumer] hesitancy,' Atlas President Alberto Aliberti said in explaining the new schedule, adding it would be 'imprudent' to bring out World Traveller as planned — though the ship is ahead of schedule at WestSea Viana do Castelo. He said World Seeker is on pace, too; these changes aren't the result of shipyard delays but to right-size for current market uncertainty around the pandemic and travel protocols.

Cruise operators like Carnival Corp. & plc just reported the Omicron variant in recent weeks has impacted not only near-term bookings but those in the second half.

Aliberti said Atlas expects to fill its one ship in the Mediterranean this summer, then there's good demand for two in Antarctica during the 2022/23 season. 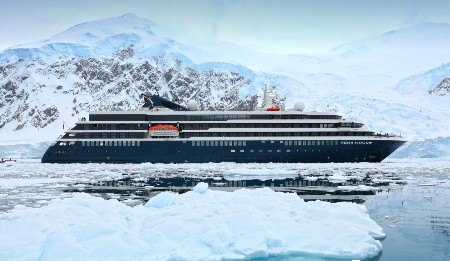 Meanwhile, World Navigator is completing what the company called a successful inaugural Antarctica season. Yet for its subsequent four weeks of repositioning back to Europe, there's too much uncertainty around COVID-19 protocols in the six countries the ship would visit, including Brazil.

So World Navigator will cross to Vigo, Spain, and stay there until restarting passenger operations in Lisbon in late April.

On pricing, Atlas will take out air and shore excursions while otherwise remaining price inclusive. Gratuities, premium wine and spirits, international beers and specialty coffees plus emergency medical evacuation insurance will still be bundled into the fare.

'We still consider ourselves highly inclusive for the on-ship experience; it's only the off-ship — air and tours — that is changing,' Aliberti said.

This will reduce pricing 10% to 22%, on average about 15%, according to the Atlas chief, making cruise fares more attractive while providing greater choice and flexibility.

The new pricing takes effect with bookings made from Feb. 15 for departures starting April 24.

'During the five months we've been in service, we learned a lot,' Aliberti elaborated. 'We targeted the luxe adventure passenger and we got it. They are that more active person who doesn't like to be told what to do.' By that he means they want the flexibility to book their own air, to use miles, to upgrade and to choose and personalize their excursions.

Atlas will still offer air for those who want it. And if customers buy air from the company, they'll get private transfers to the ship, another new development.

For charter air in connection with Antarctica —which was included this season between Orlando, Florida, and Ushuaia, Argentina — that will be switching next season to operate between Buenos Aires and Ushuaia. So travelers will make their own way to and from Buenos Aires. Aliberti said this responds to demand for spending time in the city before or after the cruise.

Instead of included shore excursions, they'll be available with a la carte pricing. And Atlas will be retooling to have lower capacity requirements so tours will run even if just four people sign up.

Once per cruise branded group event

The line will also introduce an included once-per-cruise off-ship communal event or special activity. Aliberti said these could be sun- or culture-related, and the concept will be branded.