Back in the Big Apple, Carnival now sailing from 14 US homeports 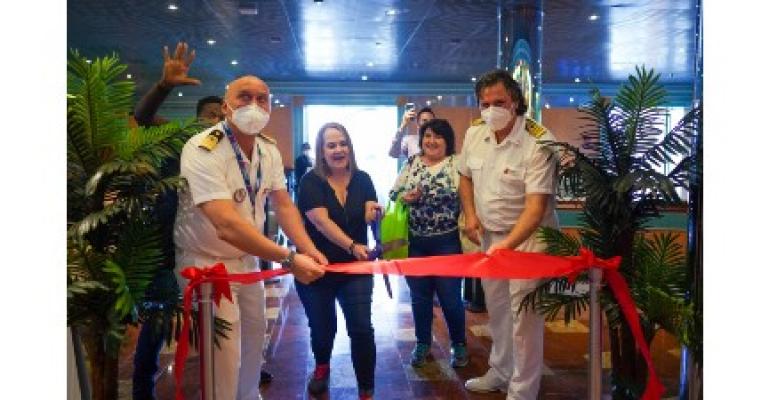 Carnival Cruise Line today marked its return to service from New York for the first time in more than two years, with Carnival Magic.

This also means Carnival has resumied cruising from all 14 of its US homeports.

'Back to Fun' event

Embarking passengers were welcomed with a 'Back to Fun' event that included ribbon-cutting and fanfare.

'New York has been a wonderful partner for more than two decades, and we are delighted to provide versatile vacation options from this popular market again,' Carnival President Christine Duffy said. 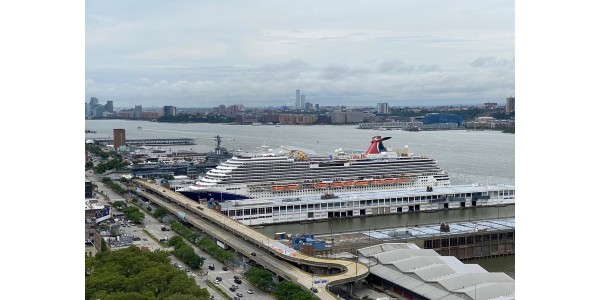 Carnival Magic alongside at the Manhattan Cruise Terminal

Carnival Magic introduced many of the line's signature elements now seen across the fleet, including the Caribbean-themed RedFrog Pub, the Cucina del Capitano family-style Italian restaurant and SkyCourse, a suspended ropes course.

Carnival first began sailing from New York in 1998 and has offered regular cruises from there on several ships.