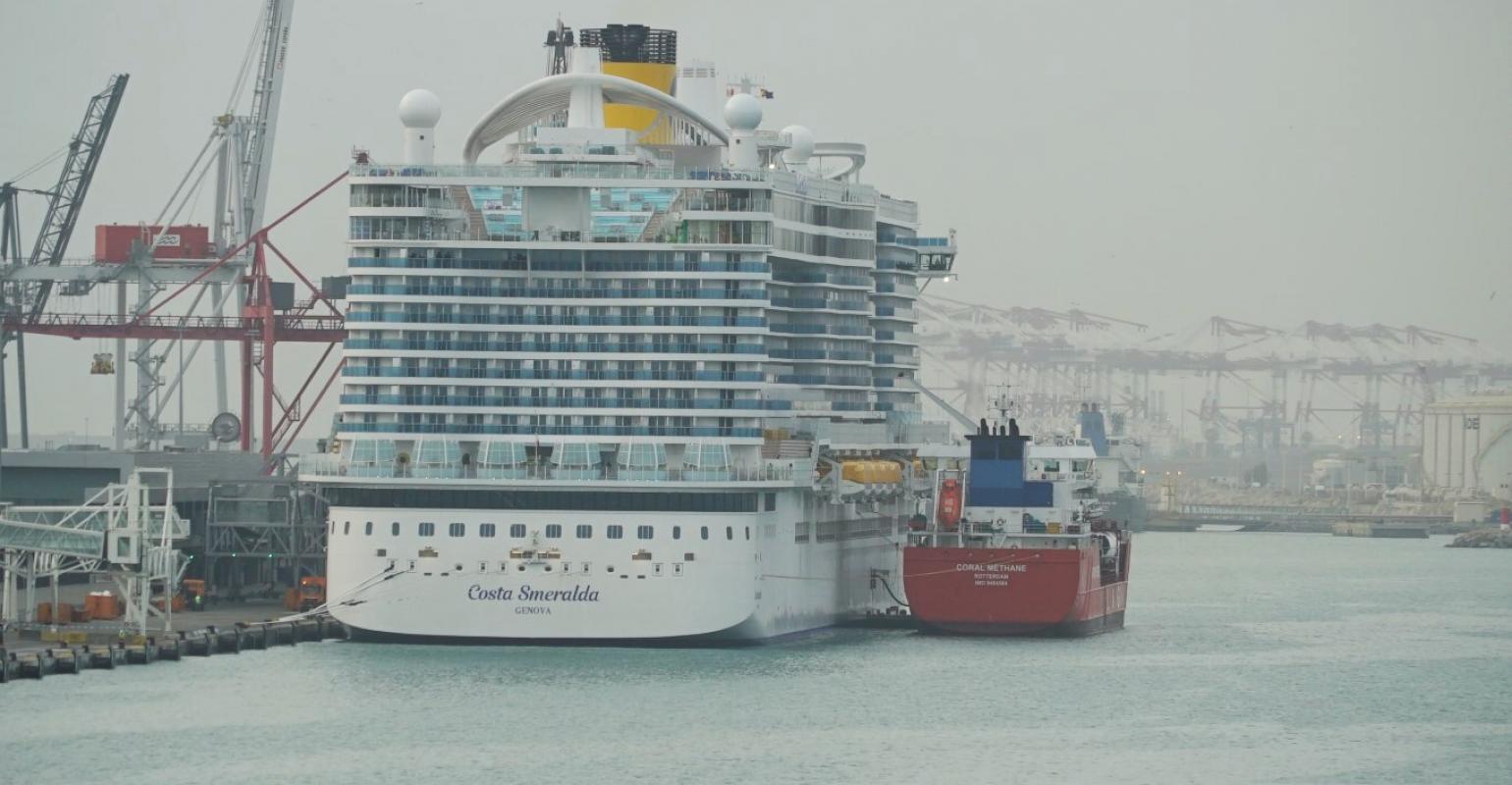 Alongside at Barcelona, Costa Smeralda bunkers from the Coral Methane tanker
Barcelona Port Authority (APB) has reported continuing development of its LNG refuelling operations during 2020.

A total of 39,100 cu mtr of LNG was provided to shipowners, of which 25,400 cu mtr via truck-to-ship for Balearia Ferries and 13,700 cu mtr from barge to Costa Smeralda before cruise operations were suspended due to COVID-19.

In 2019, a total of 37,600 cu mtr was supplied to cruise vessels berthed in Barcelona including Costa Smeralda’s first LNG refuelling following delivery in December when the Coral Methane tanker filled her three tanks with around 3,200 cu mtr of LNG.

The truck-to-ship system allows several lorries to supply LNG simultaneously to a vessel at pierside.

APB Chairman Sra Mercé Conesa reported: ‘The development of logistics for supplying LNG to vessels has made Barcelona the principal Mediterranean hub for this type of operation. LNG is a transitional fuel, which enables us toward eliminating greenhouse and other contaminating gases, while at the same time promoting research on hydrogen and other zero emission fuels for maritime transport.’

Balearia Ferries Chairman Adolfo Utor noted that the company already has six LNG-powered ferries in operation. During 2020 the line will invest €380m to convert three more of its vessels.

Carnival Cruise Line's LNG powered Mardi Gras has been docked in Barcelona at Palacruceros (Terminal D) since January 3, with skeleton crew of 300 aboard. Following delivery on December 18 at Meyer Turku, she called at Rotterdam to take on LNG, then came to Barcelona to await orders and fuel up further for the eventual crossing to Florida.

The cruise ship orderbook counts 21 LNG-powered cruise ships due for delivery through to 2027.